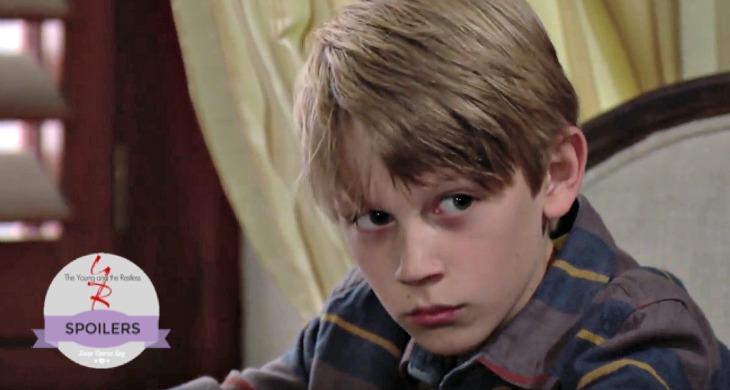 “The Young and the Restless” spoilers for Friday, May 6, tease that Jack (hy;eter Bergman) will wonder if Phyllis (Gina Tognoni) is still trying to push Billy (Jason Thompson) and Victoria (Amelia Heinle) together. At the athletic club, Phyllis hints that she’s dropped that idea. Billy is poised to self-destruct.

Billy arrives with a woman who’s a formal model and a buyer. Her name is Fiona and Jack thinks Billy needs her help at Brash and Sassy. Billy turns on the charm with Fiona and they eventually make their way over to Jack’s table.

Jack feels like Billy wants to stick it to Jabot. Billy hints that Jack is making him out to be the bad guy. Billy implies that if he’s like Victor, things won’t turn out well for Jack. That’s a fight Jack always loses. Afterwards, Jack gripes at Phyllis for fanning the flames. She snaps that this is all on Jack. He hasn’t treated Billy right in the past, so Phyllis thinks whatever unfolds will be Jack’s fault. 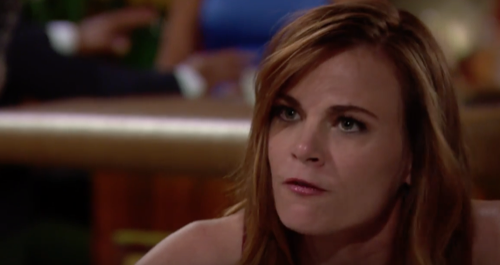 At Billy’s place, he kisses Fiona as they close their deal. A short time later, Phyllis walks in and berates Billy for getting Jack all riled up. She suggests Billy is being a showoff. It’s like he’s trying to demonstrate that he’s desirable. Billy says Phyllis already knows that. She’s proved it twice.

You Might Also Like —> Dylan Wants Max’s Fingerprints and DNA Sample, Believes Abby’s Accusations – Phyllis Fed Up With Jack

Phyllis gives Billy a good slap and barks that it’s never going to happen again. Fiona enters with a motorcycle helmet and Phyllis stomps off. Fiona thinks she must’ve interrupted something. 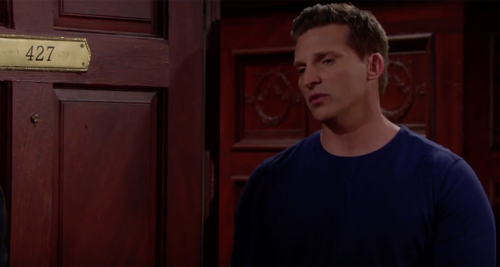 Meanwhile, Dylan (Steve Burton) asks Stitch (Sean Carrigan) for Max’s (Jared Breeze) fingerprints and a DNA sample. If Max is innocent, this will prove it. Stitch agrees and Dylan takes what he needs from Max.

Once Dylan is gone, Stitch fishes around for a confession by talking about the trouble he got into as a kid. Max says Stitch is just like Abby (Melissa Ordway). He shouts that his dad thinks he started the fire. 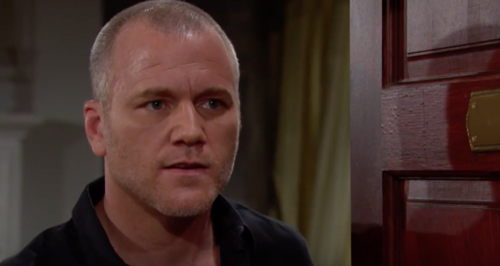 Max locks himself in the bathroom and Stitch tries to calm him down through the door. He assures his son that he believes him. Max eventually comes out and suggests that Abby will turn Stitch against him. He’s worried his dad will hate him. Stitch states that Abby could never do that. 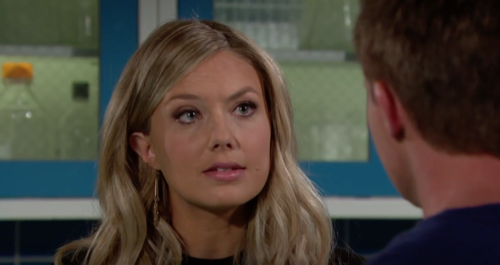 Elsewhere, Abby tells Lily (Christel Khalil), Cane (Daniel Goddard) and Neil (Kristoff St. John) about Max’s involvement in her accident. Abby says the other hotel guests aren’t safe with arsonist Max running around. They all talk about the possibility that Max set the fire to cover his tracks.

Later, Lily gets Charlie (Aidan Clark) to confess that he stole the master keycard for Max. He didn’t know Max would set a fire. Across town, Abby tells Dylan that Max is dangerous. Dylan says that social services will step in if the forensic evidence points to Max. There could be legal ramifications.

Abby is concerned about how Stitch will take it, but she worries Max might do something to his dad next if they don’t intervene. Abby gives Ashley (Eileen Davidson) updates on the situation. Ashley is shocked and also has fears about what this will do to Stitch. Y&R rumors hint that Stitch is in for much more heartache in the coming weeks.

Back at the club, Lily gives Dylan the news that Charlie passed Max the master keycard. Dylan gets a call about the forensic results and goes to learn more. Once Dylan gets proof of Max’s involvement, he heads to Stitch’s suite. They step outside and Dylan tells Stitch about the evidence. When they step back inside to speak with Max, he’s gone. Max has made a break for it out by climbing out the window.

Other “Young and the Restless” spoilers reveal that Neil and Hilary (Mishael Morgan) will bicker as usual. Hilary will insist that Neil needs to do what he’s told or she’ll tell everyone he kidnapped her. Cane appears and has heard the truth. He can’t believe it and asks Neil for confirmation.

Can Neil convince Cane to keep his mouth shut? Cane will probably want to tell Hilary. It should be interesting to see where this leads. Stick with the CBS soap to see if Cane will spread this stunning information.