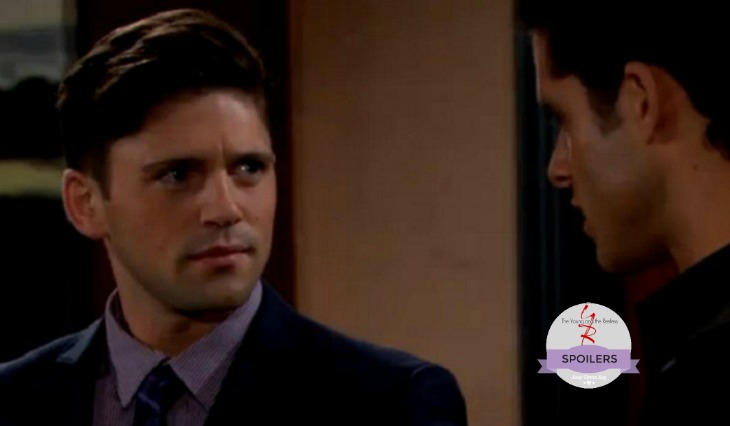 ‘The Young and The Restless’ (Y&R) spoilers tease that current events will force unlikely players into strange partnerships that could shake up the status quo in Genoa City. The kidnapping of Adam Newman [Justin Hartley] is the catalyst for all of these odd pairings.

Luca Santori [Miles Gaston Villanueva] and Noah Newman [Robert Adamson] have been rivals over Marisa Sierras [Sofia Pernas] since Luca came to town. And Noah was working on the down low for Victor Newman [Eric Braeden] to spy on Luca and Marisa.

But when Victor kidnapped Marisa to exchange her for Adam, The Mustache unknowingly created an alliance between Luca and Noah. Because both of them care about Marisa, they ended up working together to save her from Victor.

Now that Marisa is back, the three of them could work together against Victor. Luca and Noah are united in their commitment to keep Marisa safe from Victor and this may draw Noah into their efforts to sabotage Newman Enterprises and oust Victor.

The next odd pairing that will come out of the kidnapping storyline is Chelsea Newman [Melissa Claire Egan] and Victor. Up to now, Victor has been shutting Chelsea out and not giving her any information about Adam – refusing to even confirm that Adam has been taken.

But now that the GCPD knows and Dylan McAvoy [Steve Burton] is working the case, Chelsea will have her suspicions confirmed. She’ll come back to Victor demanding answers and he’ll soften towards her. Chelsea and Victor will form an unlikely alliance over this matter.

Adam will be surprised when he finally comes home to find his wife and father worked together to save him. The common factor there is that no one in Genoa City cares as much about getting Adam home safe as Victor and Chelsea – and they will be united in doing anything to make it happen.

The last odd alliance that could come out of all of this is Billy Abbott [Jason Thompson], Mariah Copeland [Camryn Grimes] and Kevin Fisher [Greg Rikaart]. Victor stole the Natalie [Mara McCaffray] deal out from under all three of them – and then stole Natalie herself.

As of now, Natalie’s program isn’t working – but Kevin has her laptop. Could he fix the code and make the program work and use it for him, Billy and Mariah to profit? Billy is angry that Victor stole the deal while he was on his deathbed. Mariah and Kevin are annoyed that Victor cut them out after the fact.

The three of them may be united in purpose to get Natalie (and her code) back from Victor – or to work the deal themselves. Even if they can’t make the code work, we could see the three of them working together to sabotage Victor’s deal with Natalie out of pure spite for what he did to them.

Y&R spoilers have been swirling for weeks now that Victor will soon face an enemy that he can’t beat. Could it be the alliance of Mariah, Kevin and Billy? Could it be Noah and Luca? Or is it an unseen foe we have yet to meet?

No matter what, the drama of Adam’s kidnapping and the circumstances surrounding it will make for strange bedfellows in coming days. What do you think? Will these alliances last once the immediate crisis is over? Or are long-term bonds forming out of these makeshift arrangements?

Share your thoughts in the comments below and check back with Soap Opera Spy often for more ‘The Young and The Restless’ spoilers.

‘The Young And The Restless’ News: Robert Adamson And Hunter King Team Up On New Movie ‘Our Last Day As Children’