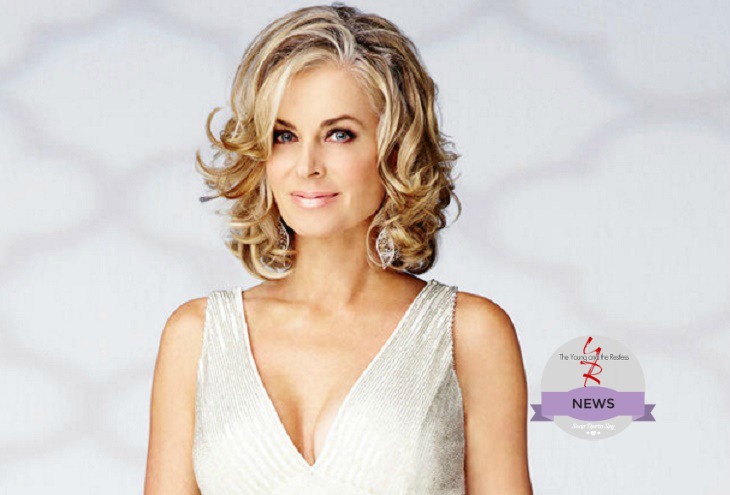 “The Young and the Restless” Eileen Davidson [Ashley Abbott] surprised the “RHOBH” and “Y&R” viewers when the actress shared that she is a survivor of a physically abusive relationships. The revelation came during the Tuesday, January 19 episode of “The Real Housewives of Beverly Hills.”

In her teens and then again in her 20’s Davidson was involved in at least two relationships that were physically abusive. Eileen did not elaborate who her abusers were, simply that relationships were not healthy.

After the episode aired Eileen took to her Bravo blog to elaborate on the secret she shared during the ladies visit to the Hamptons. Davidson especially wants anyone in this type of demeaning relationship that they are not alone – and it is not just women who are domestic violence victims.

“Our country is in a domestic violence crisis,” Eileen reminded people in the blog post. The “Y&R” star was blessed with the foresight to get out. The experiences made Davidson stronger and she has been in a healthy relationship with Vince Van Patten whom she met in 2000 and married in 2003.

Eileen Davidson pointed out that many may think she doesn’t “look like or seem like the kind of person that this could happen to. The truth is there is no stereotypical victim.” Despite the fact that Eileen has portrayed strong women on both “The Young and the Restless” and as Kristen DiMera on “Days of Our Lives,” even strong women can find themselves in abusive relationships. Physical violence is not exclusive to those perceived as weak.

The Bravo blog post ends with Eileen Davidson reminding victims of domestic violence that they are not alone – whether they are men, women or children. “You are not alone. You can be strong. You can get help. You can leave” the actress wrote – and then provided the National Domestic Violence Hotline number encouraging anyone who needs help to call 1-800-799-SAFE (7233).