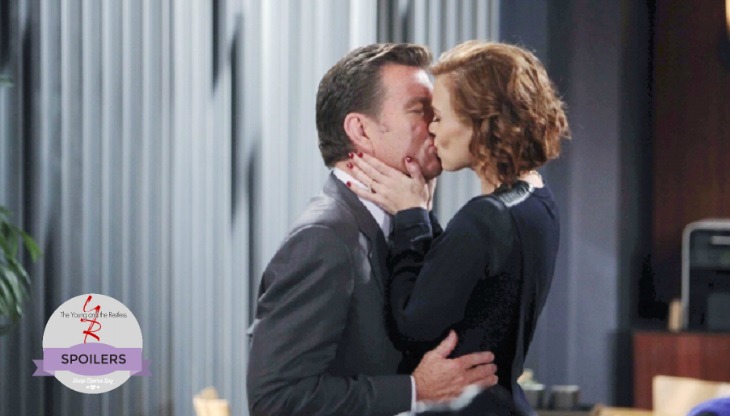 Last year, Jack (Peter Bergman) was living in a fantasy island on ‘The Young and the Restless’. Now, one year later, he’s still separated from reality. Not realizing that Phyllis (Gina Tognoni) was connected to his brother and believing that he’s reached a new level of self-control where Victor (Eric Braeden) is concerned, has combined to push ‘Smilin’ Jack’ toward a cliff. And like the second-half of September, Jack’s fall will inevitably arrive.

Kelly (Cady McClain) went whacky a while ago. Victor manipulated her into believing that she could reclaim a relationship with Jack. McClain’s deliciously delivered damsel kidnapped the object of her obsession and kept him restrained in a shack on a remote island at a time when Jack should have married Phyllis in the Caribbean on ‘The Young and the Restless’.

Kelly drugged Jack and tried to convince him that Phyllis had died. After a few failed escape attempts, Jack woke up one morning and believed that he found Kelly dead aside of him. Whether she’s really deceased is another question. So, Jack escaped, was befriended by Marco Anaselli’s (also Bergman) former girlfriend, Marisa (Sofia Pernas), who he met on a boat and returned to Wisconsin.

Marco was Jack’s doppelganger, who Victor helped escape from prison and inject into everyone’s lives, most especially Phyllis’, while Jack was being held captive by Kelly. All of the above eventually resulted in Victor’s criminal conviction and 10-year prison sentence. A series of soapy events then enabled the Moustache to be released over nine-and-a-half years early, which pushes the plot of ‘The Young and the Restless’ to mid-August, 2016.

Phyllis was expecting Jack to attack Victor with a fierce vengeance after the vicious Marco game was exposed. But, Jack stepped out of character, according to many longtime Y&R devotees, and decided to seek inner peace instead. Phyllis was confused and more importantly, felt utterly betrayed. That opened the road to ‘Philly’.

Related: Cane Faces 2-on-1 Battle At Brash And Sassy, Billy And Victoria Unite

With a push from Jill (Jess Walton), who caught ‘Philly’ in an awkward position, ‘Red’ decided that she was going to make her marriage work and therefore end all emotional connections with Billy (Jason Thompson). Of course, that’s easier said than done. Billy continues to think about Phyllis, even though he’s been pushed by Jill into daily contact with Vickie (Amelia Heinle) at Brash and Sassy. Somehow, possibly by unforced omission, Jack is certain to learn that ‘Philly’ existed, or persists. And on that day, he’ll fall off the cliff into the real world, which in his case, is Genoa City.