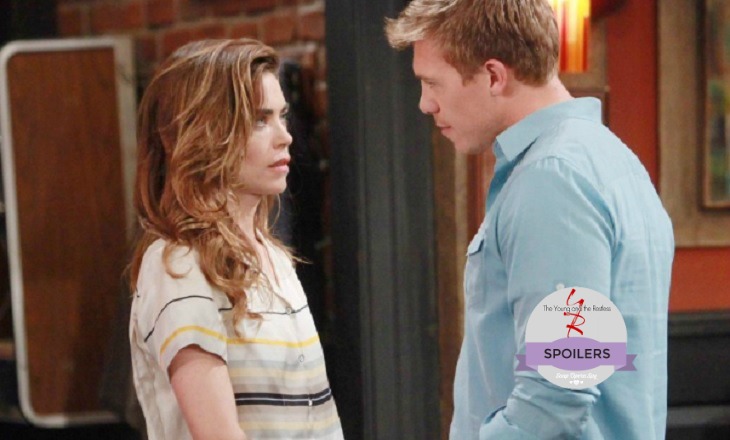 Vickie (Amelia Heinle) still has deep feelings for Billy (Jason Thompson) on ‘The Young and the Restless‘ and likely always will. However, the return of her summer flame, Travis (Michael Roark), gives Vickie another romantic option. As for her newer beau, his background and future remains uncertain.

Related: Cane Faces 2-on-1 Battle At Brash And Sassy, Billy And Victoria Unite

Multiple issues are in play now that Roark’s character has been written back into ‘The Young and the Restless‘. Luca (Miles Gaston Villanueva) was successfully baited by Victor (Eric Braeden) into investigating a supposed hunch he has about Travis being responsible for Newman’s oil rig disasters. The Moustache is using the situation because he believes that Luca is linked to that sabotage. If Victor is right, Luca will trip up and be exposed, which should also impact his ability to marry Summer (Hunter King). That outcome would also reopen the door to ‘Tricky’s’ revival.

Linked plots are being forwarded by Travis’ reappearance. In this instance, Vickie will be persuaded by Nick (Joshua Morrow) to contact her somewhat ex-boyfriend who has been on an extended vacation. Viewers of ‘The Young and the Restless’ were most recently informed, via Luca’s private detective source, that Travis was believed to be sailing on a boat near the coast of Spain.

Few issues are handled smoothly on daytime dramas because of the need to generate year-round content. So, Vickie will remain uncertain about Travis’ true agenda, just as she was earlier this year. However, Luca’s ever-aggressive business nature appears to make him the true culprit, which likely makes Travis innocent of new accusations that are being leveled against him by Mr. Santori.

However, ‘Villy’ will always have more than history on its side. Vickie and Billy have two children who, at this stage of their lives, need to be cared for and are best off with two loving parents by their side. Those infinitely meaningful human connections will remain powerful motivators for a current, or future, power couple reunion, regardless of whatever develops between Vickie and Travis right now.

‘The Bold and the Beautiful’ Spoilers: Thorsten Kaye Dishes On Possible Ridge And Brooke Reunion – Stage Is Set For ‘Bridge’