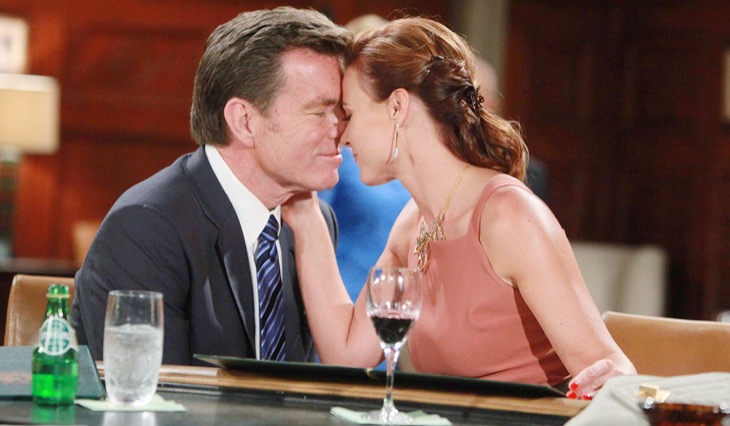 Viewers can surely relate to some storylines on ‘The Young and the Restless’. One of them involves ‘Phack’ and its inability to be over. Yes, Jack (Peter Bergman) still loves Phyllis (Gina Tognoni). And because of that, their long-term prospects of becoming a couple again seem to be increasing.

Make no mistake, Phyllis horribly wronged her man. There was no justifiable excuse for what she did and Victor (Eric Braeden) can’t honestly be blamed for her choice. But sometimes the emotions that bind two people are strong enough to overcome terrible betrayals. This might be one of those instances if enough forgiveness is able to be applied.

Memories of past good times are erased in the immediate aftermath of personal bombshells. However, Jack’s had some time to heal and he opted to keep Phyllis at Jabot when he could have pursued legal options in another direction. Clearly his fondness for her balanced the rightful feelings he held against his soul mate after she finally admitted that ‘Philly’ was real.

Billy (Jason Thompson) is a reckless cad. Wild, childish, irrational are three words, among many, that can be used to describe him. Yet, some women think that makes him exciting and desirable. Anyone who doubts that claim needs only to look at Victoria (Amelia Heinle).

Because Vickie is unable to fully cut ties with her multiple time ex-husband, ‘Villy’ always has a chance at revival. Phyllis rebuked Billy’s ongoing efforts to continue their misguided association earlier this fall, so he basically backed away. ‘Red’ demonstrated that she was serious about reuniting with her husband and continues to do so.

Whether the New York-based promotion Jack suddenly invented for Phyllis comes about in November, or is revisited in the future, Mr. Abbott isn’t likely to close his mind to the possibility that ‘Phack’ could actually reunite. The former Mrs. Abbott surely isn’t going to quit because she’s a fighter. And this is one of, if not, the greatest challenges that Phyllis has faced in her life.