‘The Young And The Restless’ Spoilers: How Will Steve Burton’s Character Dylan McAvoy Exit ‘Y&R?’ 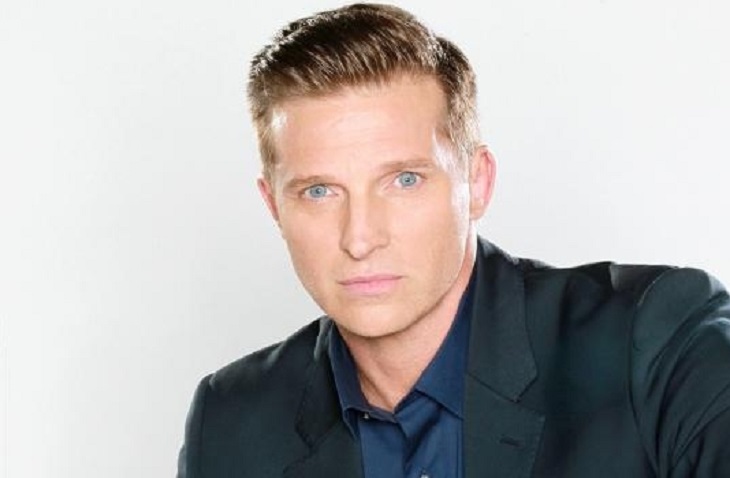 CBS spoilers have confirmed that Steve Burton is exiting The Young and the Restless, ending a three year run as Dylan McAvoy. He showed up in Genoa City as a young soldier suffering from PTSD, unaware that his biological mother was Nikki Newman (Melody Thomas Scott). Along the way his story became more focused: he discovered his identity, got married and became a police officer.

What’s not as evident is how Dylan will exit the canvas. We don’t know if the character will be written out or recast but either way we can look forward to a soaptastic transition!

There are a few time-honored storylines used when a character leaves town. In the “whodunit,” fans are left with a murder mystery and a corpse. Will Y&R really kill off Dylan? That remains to be seen, but the squeaky clean GCPD cop had nary an enemy!

If TPTB decide to kill off Dylan, who would be capable of the deed? Victor Newman (Eric Braeden) and Ian Ward (Ray Wise) were his greatest enemies, but Ian is in jail, and is Victor really capable of murdering his wife’s son?

Plenty of soap characters have “vanished” under hazy, crazy circumstances. That’s what happened to the latest version of Adam Newman (Justin Hartley) not so long ago. But with Adam’s recent explosive departure how likely is it that TPTB employ the same plot device so soon?

Given Dylan’s line of work, it wouldn’t be too much of a stretch to see him go out in a blaze of glory. Maybe heroic Dylan “dies” saving Sharon and Sully from a burning building. Or maybe he dies in a horrific car crash (no body recovered, of course!).

The most likely exit scenario involves his duplicitous wife Sharon, but in a less lethal manner. Once Dylan finds out that he is not Sully’s father, what are the chances that he sticks around to wallow in his heartache? It’s entirely plausible that proud Dylan takes the high road to another town and forges a new life.

And if he does, who’s to say that he won’t return to Genoa City someday with his new wife, I mean life!