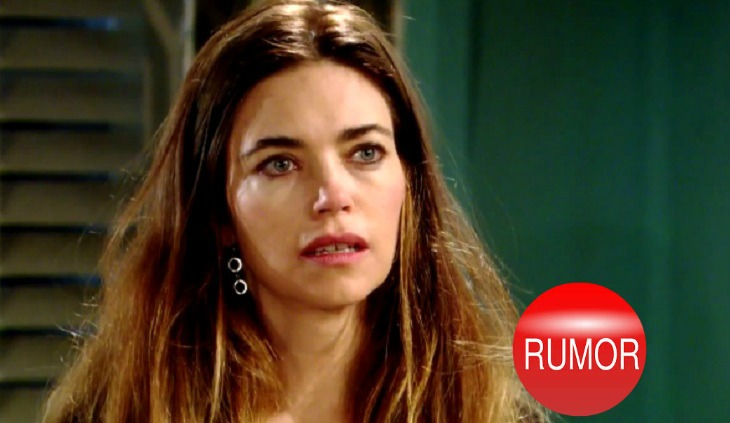 ‘The Young and the Restless’ spoilers are teasing fans that Reed Hellstrom [newly cast Tristan Lake Leabu] will return to Genoa City.

In the audition tape from another actor for the part of ‘Wes’ – rumored to be the SORAS son of Victoria Newman [Amelia Heinle] and J. T. Hellstrom [Thad Luckinbill] – the teenager complains he doesn’t want to move out of the country and runs away from dad in Washington D.C. and arrives in Genoa City.

The initial casting call indicated the character is a good-natured, willful and sensitive who finds happiness in playing the guitar. It is believed that Tristan Lake Leabu has been cast in the role, not as Wes, but as Reed Hellstrom.

The audition tape for ‘Wes’ includes a conversation with a woman believed to be Victoria. If the rumors are true this character is Reed and he’s not happy about his current living situation.

For some reason J. T. wants to uproot the entire Hellstrom family and make a move from Washington, D.C. to Poland. The woman reading Victoria’s lines thinks this would be an awesome opportunity for the teenager to travel and become multilingual.

‘Wes’ – or as ‘The Young and the Restless’ spoilers tease – Reed – has no desire to live on a different continent than his mother and siblings. The continuing conversation all but confirms the rumor that this is Reed.

“J. T. has custody,” the woman says. “What am I, three-years-old? I’m 15, we go to court, I talk to a judge. Boom, done, over.” The audition conversation continues with the woman telling the teenager that it’s not that easy.

If the rumors are true, Reed is going to run away from J. T. and demand that Victoria let him live in Genoa City with his siblings Johnny Abbott [Holden and Ryan Hare] and Katie Abbott [Reese and Kennedy Staib].

There could be a custody battle and J. T. might return to Genoa City to fight Victoria. There are rumors that Thad Luckinbill is considering a return to ‘Y&R.’ If the actor does, it could be for one or two episodes just to further the storyline.