‘The Young And The Restless’ Poll: How Do You Think Victor Newman’s Iconic Painting Survived The Tower Fire? Vote Now! 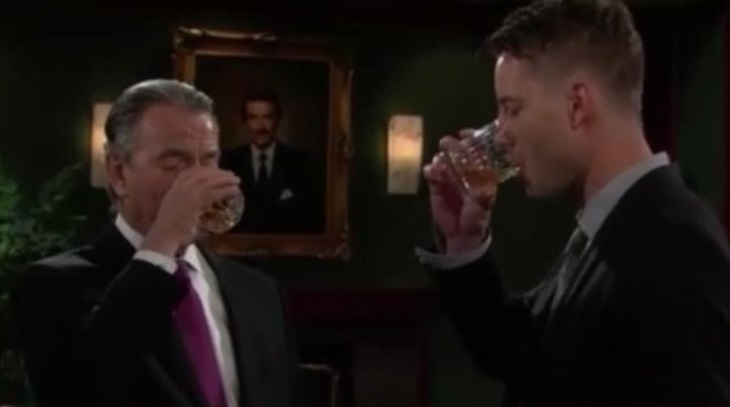 “The Young and the Restless” fans are very observant viewers. After the Newman Tower burned to the ground they wondered, “How did Victor’s portrait survive the fire? The entire Tower burned to the down! There was nothing left!” Except, of course, Victor Newman’s [Eric Braeden] portrait that has hung in his office for decades!

We at Soap Opera Spy wonder the same thing! We’ve come up with few ideas of how the portrait could have survived the towering inferno. Of course, we didn’t see any of these scenarios on screen – but what do you think happened?

Related:Devon Devastated Over Hilary – Lily Lashes Out – Jill Begs Jack To Save Billy

#1 – Adam secretly removed the portrait before the fire started: Adam [Justin Hartley] has a love/hate relationship with Victor – but he couldn’t let the iconic painting go up in flames. What a storyline that would have been, don’t you think? The prodigal son presenting the stoic father with one of his most cherished possessions.

#2 – Nikki had a new portrait painted from an old photograph: Nikki [Melody Thomas Scott] must have known how important that painting was to Victor. It had its own special light that shined down upon it. What if Nikki consulted with Victoria [Amelia Heinle] who used her connections in the art world to find a world-renowned painter to recreate the portrait from an old photograph? Would The Black Knight have been moved to tears?

#3 – Victor kept a stash of the portraits at Newman Ranch: Silly? YES! But you know Victor’s ego makes this absolutely possible! But, the Ranch burned down and was rebuilt – so where did Victor hide the duplicate portraits? Maybe Victor keeps a secret apartment abroad where he has an entire wall of portraits – exact replicas of the original in his office at Newman Tower?

#4 – The portrait had magical powers! Unrealistic? Absolutely! But lots of unrealistic things happen on “The Young and the Restless”! Isn’t that sometimes the best part of a storyline? People magically return from the dead! How about all those baby switches and paternity test tampering’s? Don’t rule out a little magic saving Victor Newman’s iconic portrait!

These are a few pretty outrageous ways the painting escaped unscathed from the tragic fire that let Newman Enterprises nearly homeless! There has to be some explanation, don’t you think?

‘The Young And The Restless’ Poll: Who Is The Best Father On ‘Y&R?’ Vote Now!