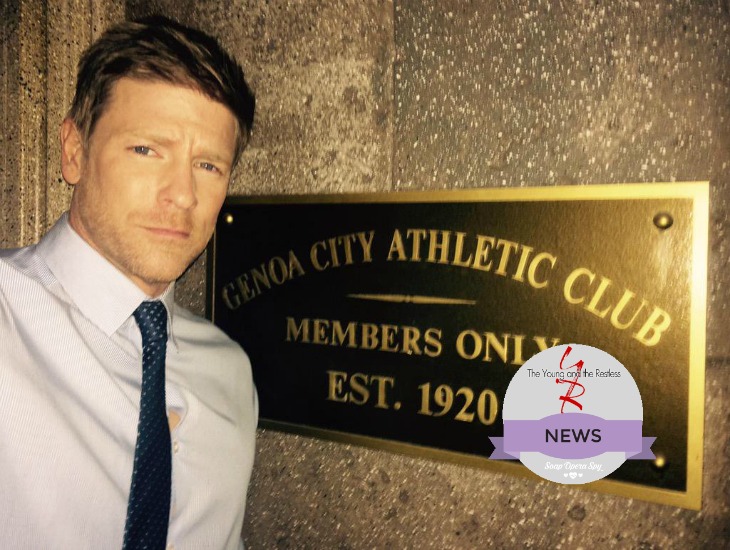 “The Young and the Restless” Burgess Jenkins took a moment to say goodbye to fans on January 8. The actor tweeted, “Farewell GC, thanks for the memories! #YR.”

It wasn’t easy to fill Billy Miller’s shoes when Burgess took over the role of Billy Abbott. TPTB recast the role only six months after David Tom returned to the role – David portrayed a teenage Billy. Despite the six month gap, it wasn’t easy for Burgess. “The Young and the Restless” fans made sure to tell Burgess that he will be missed and that he is an incredible actor.

Soap Opera Spy would like to thank Burgess Jenkins for all the hard work he put into playing Billy. His talent as an actor did not go unnoticed.

If you’re already missing Burgess pick up his latest movie “I Am Potential.” It was recently released on DVD. The storyline of “I Am Potential” revolves around a father on a journey to help his son who is wheelchair-bound and blind “overcome impossible odds and allow the world to see his God-given potential. Burgess portrays Patrick John Hughes, the father of Patrick Henry Hughes [Jimmy Bellinger] the blind wheelchair-bound young man.

The movie has been approved by the Dove Foundation and is meant to inspire and uplift your family. The film was written and directed by Zach Meiners and also stars Judge Reinhold and Pam Tillis. You can check out a preview of the film below.

Want to see more Burgess?  Look for reruns of the ABC primetime drama “Nashville.” Burgess starred as Randy Roberts in three episodes in 2012. Also look for the Lifetime series “Army Wives.” Jenkins had a 14 episode stint on the highly-acclaimed drama as Eddie Hall/Major Kurt Dandridge from 2009 until 2013.