‘The Young And The Restless’ News: Phyllis And Sharon Bump Heads, Reminding Fans Of Iconic Rivalry – Gina Tognoni’s Version Of Phyllis Not So Sweet After All 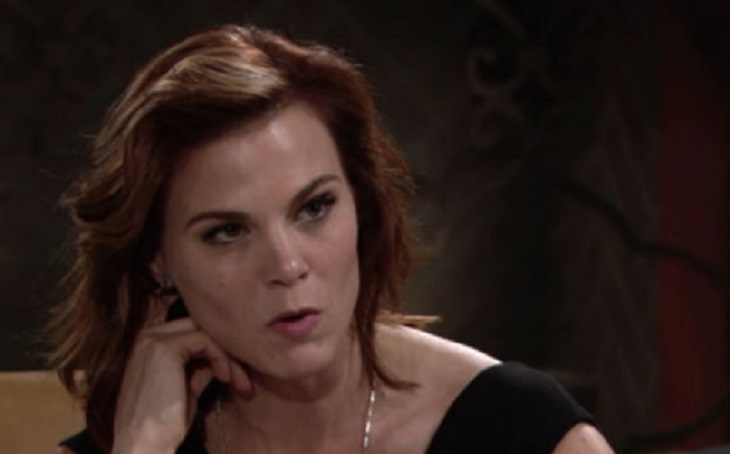 The good old days had Sharon (Sharon Case) and Phyllis (then played by Michelle Stafford) battling on ‘The Young and the Restless’. Gina Tognoni assumed Stafford’s role a few years ago and is making it her own. However, a recent scene with Sharon revived memories of the Nick-related (Joshua Morrow) wars, which is instructive.

It all started with Cassie’s (Camryn Grimes) tragic death. Daniel’s (Michael Graziadei) return to The Young and the Restless this week should include his seeing Mariah (also Camryn Grimes), which will help to reweave that storyline connection. So, after ‘Shick’s’ daughter was killed while driving Daniel’s car, Nick collapsed. He was unable to deal with his grief and turned to another woman.

Phyllis, long known as a viper within Genoa City, formed a relationship with Nick. Eventually the two had a daughter, Summer (Hunter King). That series of arcs proved to be among the most controversial in the history of ‘The Young and the Restless’. Fans loved Cassie. Many fans loved ‘Shick’. But, the interconnected storylines removed Grimes from the show, ended Sharon’s marriage to Nick and established an enduring war between Sharon and Phyllis. Unlike other couples, ‘Niktor’ comes to mind in particular, ‘Shick’ has never realized their second nuptials.

Tognoni joined the cast of Y&R 2014, which allowed Phyllis to revive from her coma. She somehow left the hospital in Georgia and made it to Genoa City. Phyllis walked in on ‘Shick’s’ wedding ceremony, dressed in a white wedding gown, and collapsed. The long-awaited nuptials were postponed and never transpired, due to yet another fallout between Sharon and Nick.

The softer version of Phyllis, that Tognoni offers, is engaging. However, ‘Red’ has recently been featured in scenes with Billy (Jason Thompson) where evidence of the classically nasty Phyllis was seen. An incident this week showed Phyllis cutting Sharon off, after she arrived with mother-of-the-bride dress selections. That momentary spark reminded viewers that these characters could be placed in more controversial situations for the betterment of daytime drama.

‘The Young And The Restless’ Spoilers: Noah And Travis Try To Stop ‘Suca’ Wedding – Will Summer Go Through With It?