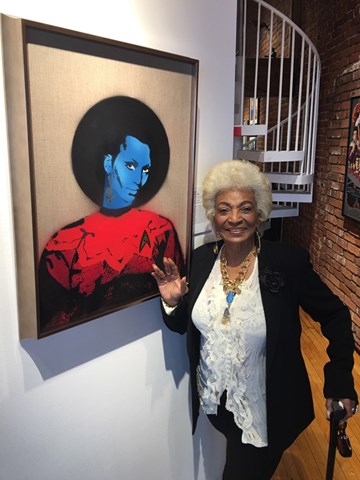 ‘The Young and the Restless’ will soon air its 11,00th episode – on September 1. For the upcoming milestone Y&R has hired Star Trek alum Nichelle Nichols who played Lt. Uhura for a two-day story arc. Soap Opera digest now confirms that the role Nichols was hired for, Lucinda, is Neil’s [Kristoff St. John] mother.

According to some background history Lucinda was absent from her son’s life for a very long time. This is a reunion that is long overdue and Charles Pratt Jr., the show’s Executive Producer and Head Writer spoke with Soap Opera Digest about the story. Also, Kristoff St. John spoke about it as he reflects on how he and Nichols met.

“As a long time STAR TREK fan, and growing up in Hollywood, my father was a friend of [the show’s creator] Gene Roddenberry,” says Pratt. Disclosing how much joy it was to have the opportunity to write for such a stalwart in the acting business. “I cannot even describe my utter joy and excitement to get the chance to write for and work with the talented Nichelle. She slipped into her role with sublime grace and ease, and just that brushstroke of elegance we needed. What fun, and what a thrill, for all of us at Y&R,” Pratt tells Sod.

Kristoff St. John shares he absolutely loves working with Nichols. He dished “I’ve met Nichelle two times before and I was absolutely enthralled that I was meeting Lt. Uhura. This time, when we met, I was thrilled to be working with such an iconic actress, just by default of being part of the ’60s era, when there were very few African American leads, male and female, on television. I felt very honored to share these scenes with Nichelle, knowing her body of work.”

Nichols is set to air for the first time on ‘The Young and the Restless’ on September 1. So ‘Y&R’ fans are you happy that you will find learn more of Neil’s background and meet his mother?