‘The Young And The Restless’ Spoilers: Noah And Travis Try To Stop ‘Suca’ Wedding – Will Summer Go Through With It? 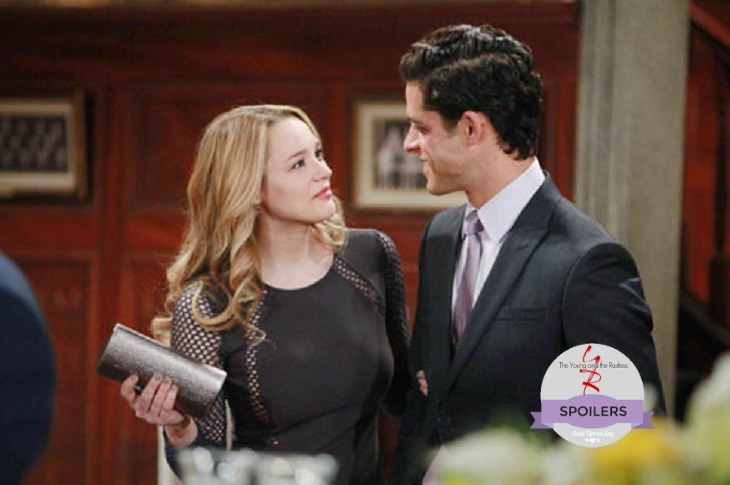 Robert Adamson went to recurring status on ‘The Young and the Restless‘ earlier this year. His character, Noah, reappeared this week in Genoa City. He was hot and bothered in an attempt to stop ‘Suca’s’ wedding. Michael Roark’s character (Travis) was recently written back into the picture as well. Like Noah, Travis also confronted Summer’s (Hunter King) intended husband Luca (Miles Gaston Villanueva).

Adamson was a contract player on ‘The Young and the Restless’ for a number of years. During that time Noah suffered a tragic loss when his fiance, Courtney (Kelli Goss), was killed. But, time and the arrival of Marisa (Sofia Pernas) helped his emotional wounds to heal. Adamson’s character advised that he returned from out of town, where his girlfriend is, because Summer needed help.

Noah’s brotherly feelings weren’t well received by his sister. However, fans of ‘The Young and the Restless’, along with most characters in the scene, empathize with Noah’s beliefs about Mr. Santori. Regardless of what Luca has said about loving Summer, it’s hard to trust anything he does. But, guest star Daniel (Michael Graziadei) did offer an olive branch to his intended brother-in-law, while also telling Noah to cool down.

Travis told Vickie (Amelia Heinle) that he wasn’t going to return to Wisconsin. So, when she left his boat it appeared as though her potential boyfriend wasn’t going to help expose Luca. But, he walked into the Top of the Tower setting and, like Noah, confronted Luca.

New executive producer Mal Young’s influence continues to be seen through the incidents noted above. He’s moved Y&R in a different direction since taking over the reigns of this steamer in 2016. More scenes per episode, along with a different script intensity, offers new engagements for loyal viewers, some of whom were calling for a refreshed series of arcs.

Young’s challenge moving forward will be to blend characters with potential, like Luca and Travis, in with well-known stars. That’s a delicate path to walk, as soap opera fans are fiercely loyal to the on-screen individuals who feel like good friends, or close family. Yet, Young has the entertainment credentials to succeed. All he needs is time and viewer patience to make a positive, lasing mark on one of daytime’s enduring dramas.

‘The Bold and the Beautiful’ POLL: Does Sasha Really Want Thomas’ Love or Is She a Gold Digger? VOTE!

‘The Young And The Restless’ News: Phyllis And Sharon Bump Heads, Reminding Fans Of Iconic Rivalry – Gina Tognoni’s Version Of Phyllis Not So Sweet After All