‘The Young And The Restless’ News: Justin Hartley Praises ‘This Is Us,’ Says Primetime Show Is “Dream Come True” 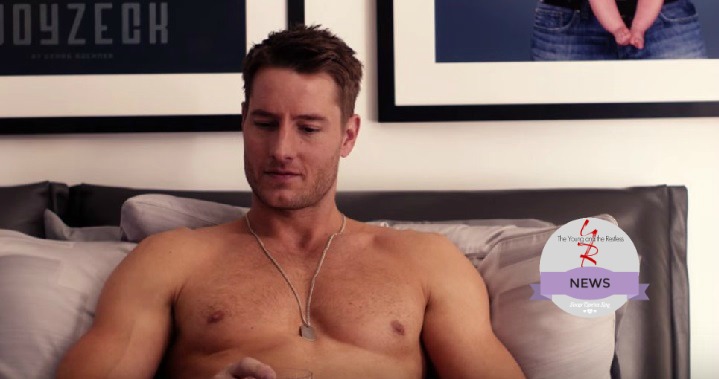 Justin Hartley just recently announced his departure from “The Young and the Restless” in a thank you note he wrote leaving Y&R fans everywhere heartbroken. He did add in the note “Although I’m leaving the show, you haven’t got rid of me,” and talked about his new series that starts up September 20th.

Justin Hartley was in shock when he learned that he was up for the part in the NBC’s dramatic series “This Is Us.” Justin recently revealed to Chicago Sun Times “When I read the pilot, I was like, Man, if I could be a part of something like this, this would be a dream come true for an actor.”

So even though Justin will no longer be portraying the part of Adam Newman on Y&R we can all continue to follow him on his journey to his new series “This Is Us,” which is only a couple of weeks away from airing it’s premiere.

All the fans were highly upset that he was leaving, but on a brighter note he will still be on television for all of us fans to see. This series was a dream come true for him and he had to follow his heart and do what was right for him.

Justin Hartley will be portraying the part of a character named Kevin who is a television sitcom actor, he has grown bored of his bachelor lifestyle and is in need for something more serious in his life. Even though it’s not our daytime soaps it sounds like a pretty interesting show. Will you be tuning in to see Hartley on his new series?

We are all very happy for him that he got the part and gets to play the role that really spoke to him. Sure he will be missed, but we are also sure he will make it big wherever his career takes him. Don’t forget to check out his new series “This Is Us” starting on NBC September 20th at 9pm.