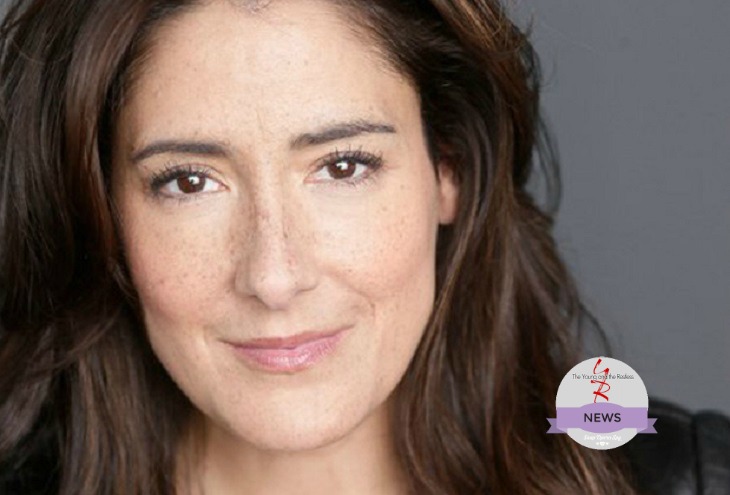 Alicia Coppola may be busy with her recurring role on ‘The Young and the Restless‘ as Meredith Gates, but she has booked her next gig. Deadline reports that Coppola has joined the upcoming motion picture ‘Cowgirl’s Story’ as Lt. Helen Rhones.

The former ‘Another World’ fan favorite and talented American actress takes on the role of a helicopter pilot in Afghanistan who is a mom to Dusty Rhodes, played by Bailee Madison, the film’s producer.

‘Cowgirl’s Story’ is a military family drama co-produced, directed and written by Timothy Armstrong. It is inspired by Little Women, a classic by Louisa May Alcott. It tells the stories of “high school cowgirls holding down the home front while their military parents are on duty in Afghanistan.”

While we await the release of this film, Coppola can be seen weekdays on Y&R as the new woman in Victor’s [Eric Braeden] life. She plays Meredith, a nurse who attends to Victor in prison. The two have developed a bond lately, they even shared a passionate kiss. She is also well known for her numerous TV roles including her roles in Teen Wolf, Jericho, Revenge, NCIS, Law & Order, Las Vegas, Drop Dead Diva, Dawson’s Creek, Judging Amy, Castle, Monk, Suits, Those Who Can’t, Common Law, Miracles, American Dream, Bones, Blind Justice, CSI, Any Day Now, JAG, Lie to Me and so much more.

So, what do you think of her upcoming role fans? Are you enjoying the budding friendship and possible romance between Meredith and Victor?  Let us know what you think in the comments below and don’t forget to check Soap Opera Spy for all of your ‘The Young And The Restless’ spoilers and news.

‘The Young And The Restless’ Interview: Miles Gaston Villanueva Dishes On Filming ‘Y&R’ Scenes With The Legendary Eric Braeden