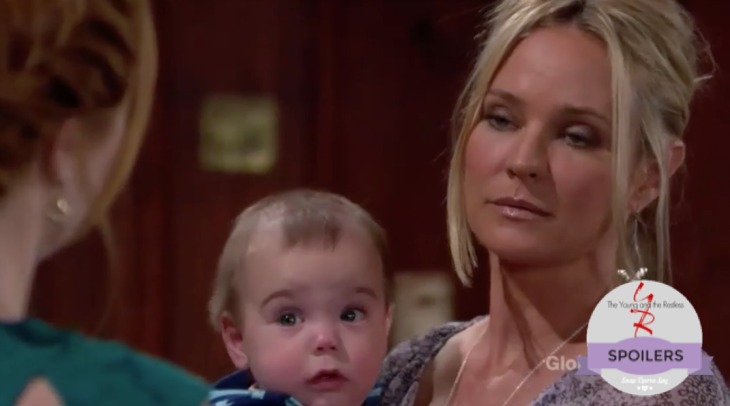 “The Young and the Restless” spoilers for Tuesday, May 24, tease that Mariah (Camryn Grimes) will once again urge Sharon (Sharon Case) to come clean. At home, Sharon makes sure Mariah and Faith (Alyvia Alyn Lind) are ready for the ceremony in memory of Cassie (Camryn Grimes). Mariah says she knows a way to make Nick feel better today. She encourages Sharon to tell Nick (Joshua Morrow) the truth about Sully. 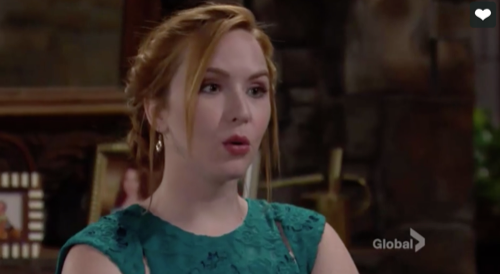 Sharon shuts down that idea and claims they would all suffer. Mariah doesn’t have the same perspective. She feels like Sharon is just making it worse by waiting. Meanwhile, Nick visits Victor (Eric Braeden) at the state pen. He gripes about Victor using Sage (Kelly Sullivan) in his plot against Adam (Justin Hartley). 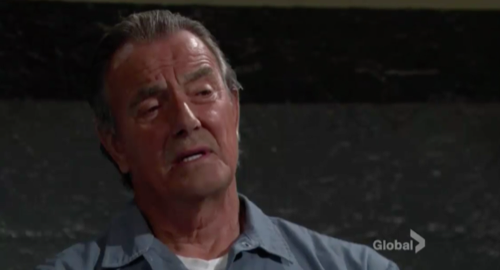 Victor counters that Sage probably didn’t want to add to Nick’s pain. He suggests that’s why she kept secrets. Later, Victor chats with Meredith (Alicia Coppola) in the infirmary. He gives her updates on Nick’s claims that he set up Adam. Victor acts hurt that they’d think he was capable of doing something like that.

Elsewhere, Noah (Robert Adamson) and Summer (Hunter King) argue about Luca (Miles Gaston Villanueva). Summer feels like Luca deserves a chance like the one Noah gave Marisa (Sofia Pernas). Noah still thinks Summer needs to open her eyes to what Luca is really like. Victor’s name comes up and there’s more conflict. Summer and Noah eventually decide to drop their debate. They choose to keep the peace to honor Cassie’s memory.

Other “Young and the Restless” spoilers say Chelsea (Melissa Claire Egan) will rip into Dylan (Steve Burton) over Adam’s arrest. At the penthouse, Chelsea maintains that Adam is innocent. Michael (Christian LeBlanc) and Adam enter. Since Michael will be reinstated as a lawyer soon, he’s helping Adam. Dylan listens as Adam contends that the journal was tampered with. 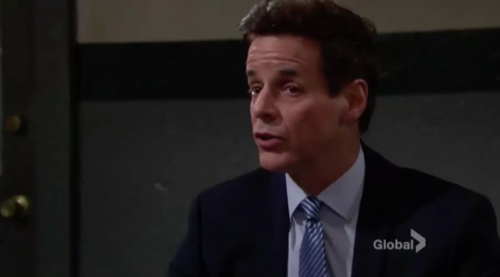 After Dylan leaves, Michael and Adam discuss the situation. They agree that this setup sounds like something Victor would do. Michael gets the news that Adam ruined Victor’s plan by talking to Meredith’s father. He tells Adam to steer clear of Victor and let him handle this from now on. Once Michael exits, Chelsea tries to convince Adam that they should go on the run with Connor (Gunner and Ryder Gabois).

At the cemetery, Nick and the rest of the family remember Cassie. After some flashbacks and stories, Nick shares that he visited Cassie’s grave to tell her about Christian last year. He wishes he still had Sage and his son. Sharon, Noah, Mariah and Summer all try to console Nick. He’s grateful they came.

You Might Also Like —> Billy Can’t Live Without Phyllis, Hilary Blackmails Lily, Sharon Fears Nick Will Uncover The Truth 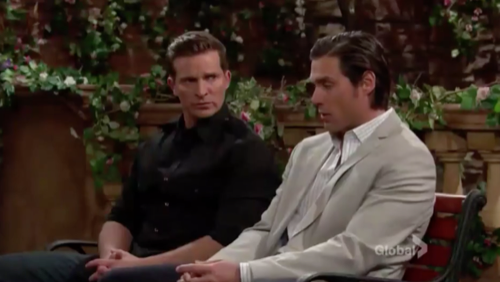 Their gathering breaks up and Nick tells Dylan he doesn’t know what to believe when it comes to Adam. Dylan vows to get to the bottom of it. Faith urges Nick to hold Sully as Sharon and Dylan watch. Dylan says it kills him to see Nick with Sully. He feels like Christian should still be here. Dylan admits that he couldn’t handle losing his son.

At the club, Kevin (Greg Rikaart) and Mariah talk about Adam’s arrest. They also discuss Passkey until Summer comes over to rant. She doesn’t like how Kevin treated Mariah. Noah persuades Summer to leave them alone.

Kevin wonders what was bothering Mariah the other day. She gives him a kiss as Summer and Noah gape. Mariah gets embarrassed and tells Kevin to forget that happened. Kevin agrees to eat Chinese takeout and watch some television. He ditches Natalie (Mara McCaffray) to spend time with Mariah.

Back at the prison, Michael confronts Victor about framing Adam. He wants Vic to confess and end the war with his son. Victor insists that Adam is to blame for his own downfall. Y&R rumors hint that more trouble is on the way. Stick with the CBS soap to see where this storyline is headed.

‘The Bold And The Beautiful’ Spoilers: Bill Seeks Revenge Against Quinn, Wyatt Goes To Bat For His Mom, Liam Decides Quinn’s Fate?