‘The Young And The Restless’ Interview: Miles Gaston Villanueva Dishes On Filming ‘Y&R’ Scenes With The Legendary Eric Braeden 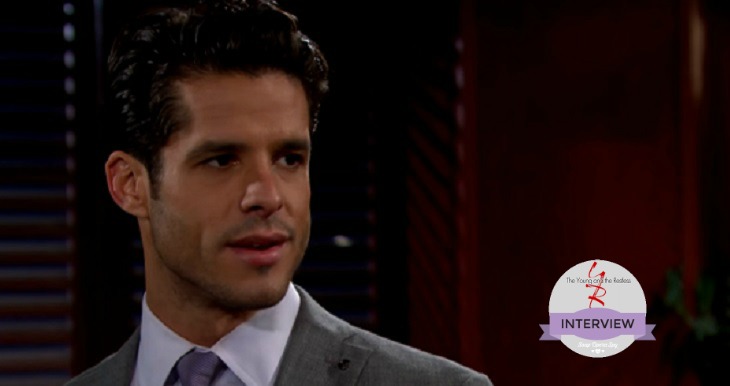 “The Young and the Restless (Y&R)” star, Miles Gaston Villanueva(Luca Santori) explains that when he first learned he would be sharing scenes with the patriarch of the show, Eric Braeden (Victor Newman), he instantaneously felt anxious about it.

Soap Opera Digest reveals that Miles had heard that Eric can be hard to work with at times, and was advised to be on his toes and learn his lines. Villanueva did exactly as suggested and learned his lines backward and forward.

After his first scenes with Braeden, he learned that knowing your lines wasn’t enough to work in harmony with him. Miles revealed that Eric’s approach to the scenes doesn’t make you feel comfortable, but he quickly found out that there was a method behind his madness.

Villanueva noted the first time he nailed a scene down perfectly; he felt like he might have impressed his colleague. Eric shook his hand, and he thought maybe he earned some type of respect from the seasoned soap opera star. Braeden still gave him a hard time the next season, and even threw in some additional curves-balls.

“In the next scene, he started speaking Spanish, instead of English. It was a hoot, and definitely threw me off my game,” Miles chuckled.

Miles Gaston Villanueva said that working with Eric Braeden is a rewarding experience. His experience, talent, and passion for the show radiates out of him, and it creates an exciting work environment, every day.