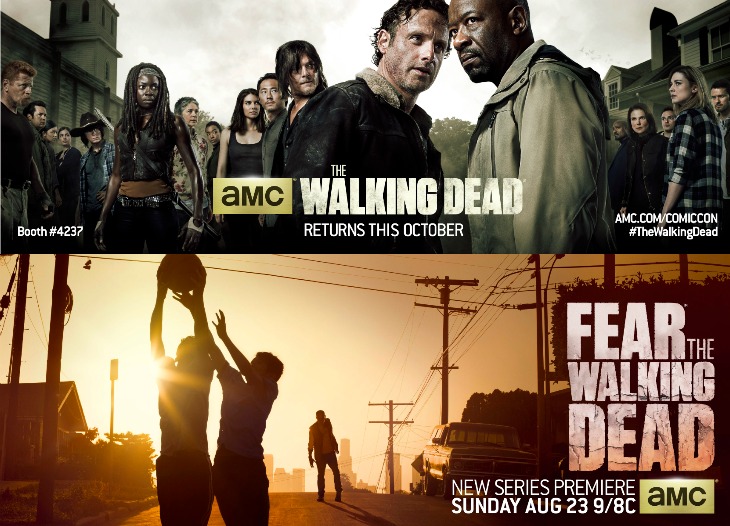 The showrunner of “The Walking Dead,” Scott Gimple stated that the spin-off didn’t come from the comic series so to have the two worlds meet, there would have to be some sort of reason to bring them together, TV Line explained.

Not taking the period and the progression of the virus into account, there is a little matter of the location to settle before they could merge. “Fear The Walking Dead” is set on the West Coast, and “TWD” is in the East.

Another valid reason they couldn’t meet is “TWD” is in Season 7, whereas “FTWD” is only mid- season into Season 2. It would be hard to come up with a backstory at this point to find a plausible way to pull off a storyline to include the cast of “Fear The Walking Dead” to “The Walking Dead.”

Fans hoped from the beginning that they would merge the two shows at some point. Series Creator, Robert Kirkman explained that he believes as the series continue that the fans will see that each show has legs to stand on their own, and each has a story to tell.

“My hope is that at a certain point — and it’ll probably never happen — but if we stay on the air long enough, people will stop comparing the shows as much. I don’t think that’ll ever go away, but they are two separate stories with similar rules taking place in the same universe that was created by Robert Kirkman in the comics. There’s room for two shows that have their own tone but are different regarding characters and locations. That would be my hope,” Dave Erickson, executive producer of “Fear The Walking Dead” stated.

So there you have it fans—it looks like “FTWD” and “TWD” will never meet and merge into one action packed show.  Stick with Soap Opera Spy for more “FTWD“ spoilers, news, and updates.