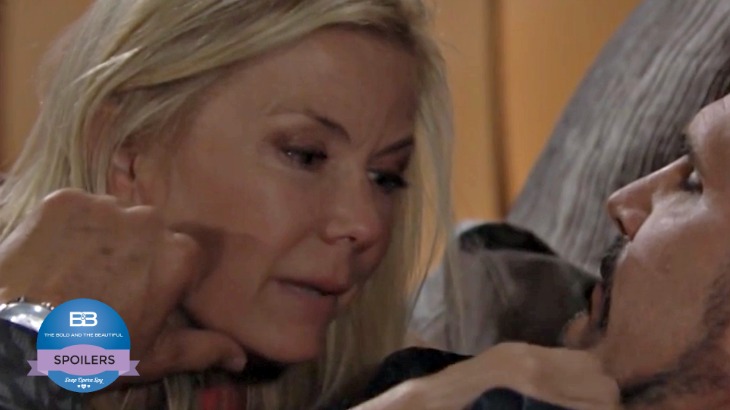 “The Bold and the Beautiful” spoilers for Thursday, June 16, tease that Steffy (Jacqueline MacInnes Wood) will spar with Quinn (Rena Sofer) once again. These two are always butting heads. It looks like Quinn is hoping to reconnect with Wyatt (Darin Brooks) and maybe even grow closer to Steffy as well. After all, Quinn has been their number one shipper for a while now.

Unfortunately, “The Bold and the Beautiful” spoilers say Steffy won’t be very receptive to Quinn’s push for stronger ties. She’ll insist that they don’t have a place for Quinn in their lives right now. Steffy will remain adamant that this is their choice, but Quinn may feel like Wyatt’s wife is speaking for him. Later, Wyatt will do his best to ease the tension between them. Good luck with that! It’s doubtful that Steffy will ever truly forgive Quinn for what she’s done.

Elsewhere, Sasha (Felisha Cooper) won’t allow Zende (Rome Flynn) to walk away from his photography opportunity. She’ll inform Ridge (Thorsten Kaye) that he should just find another model instead. It appears Sasha is really trying to make things up to Nicole (Reign Edwards). However, there’s a chance that Sasha has a plan in play. Perhaps she’s trying to make herself look like the better person. The point is we can’t know for sure.

Nicole shouldn’t let her guard down when it comes to her sneaky sister. You just never know what Sasha might be cooking up. She could blindside Nicole with more schemes and secrets eventually. Meanwhile, Bill (Don Diamont) and Brooke (Katherine Kelly Lang) already have a major secret in play. They’ll dig a deeper hole for themselves in Thursday’s episode.

“The Bold and the Beautiful” spoilers reveal that Brooke will feel torn about the affair. As Brooke cuddles in bed with Bill, she’ll indicate that she’s never felt better and she’s never felt worse. It seems Brooke thinks she’s going to be miserable either way, so she might as well indulge. B&B rumors hint that Bill and Brooke won’t be able to keep a lid on this for long. Stick with the CBS soap for updates on how the news will spread.

So B&B fans, what do you think about Quinn and Steffy’s latest faceoff? Will Nicole let Sasha give up her fantastic gig? Will Bill and Brooke continue down this dangerous path? How will Katie (Heather Tom) find out what they’re up to? Voice your opinion in the comments below and don’t forget to check Soap Opera Spy often for the latest “Bold and the Beautiful” spoilers, rumors, updates and news.