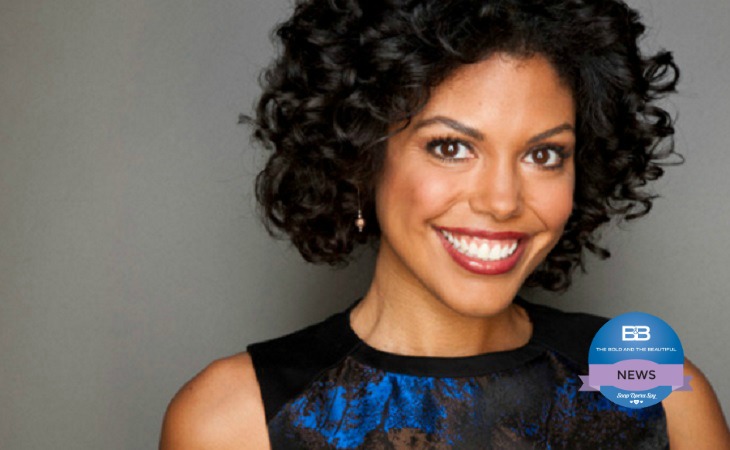 ‘Bold and the Beautiful’ news shares some inspiring and uplifting thoughts from Karla Mosley as she reveals advice to her younger self. As a National Eating Disorders Association (NEDA) Ambassador, the ‘B&B’ star has gone through an amazing journey playing a transgender woman with the role of Maya Avant.

Mosley’s roles and on-screen life have influenced her and inspired her throughout her life. Working with NEDA has been a huge passion for the soap star. When asked what she would tell her younger self, Karla Mosley had a lot to say especially when it comes to eating disorders.

“Looking back, I have so much compassion for the young woman who was brave enough to seek out recovery from bulimia and binge eating almost 14 years ago. She was sad, and felt so alone despite the beautiful life and friends surrounding her that she was trying to take herself out, numb the hurt, escape the fear…with food,” Karla explained.

“When I came into recovery, though it took me a few years of trying, I knew I was ready to stop. I took all the suggestions. I tried – like I did everything else in my life – to do it perfectly,” Mosley revealed. “And while that drive gave me the strength to hang in there, even when everything felt hopeless, it’s also what kept me in a hamster wheel of pain and relapse.”

Thankfully, Karla Mosley managed to rise about the challenge saying, “Yes, I have soft areas on my body – they are beautiful and healthy and womanly…and they’re all mine! Yes, I make BIG mistakes sometimes, I’m really human sometimes…that’s ok, too. And actually, recognizing that I’ve made a mistake instead of trying to hide it from others is the more loving action. Yes, getting work done, going to dance class, and volunteering is great, but so is lying around and watching TV that makes me belly laugh with friends.”

So, true, friends are such a huge support. But Karla’s final thoughts on eating disorders sum it all up perfectly. “What would I say to my younger self? You’re beautiful, but everyone gets zits. You’re enough, but no one can do everything on their own. You have friends and family, but it’s you’re differences that make you YOU…and it’s all GREAT!!!”

What do you think of “B&B’ star Karla Mosley’s advice to her younger self? Is Maya Avant one of your favorite characters on ‘Bold and the Beautiful’? Let us know your thoughts and what you’d tell your younger self in the comment section below.