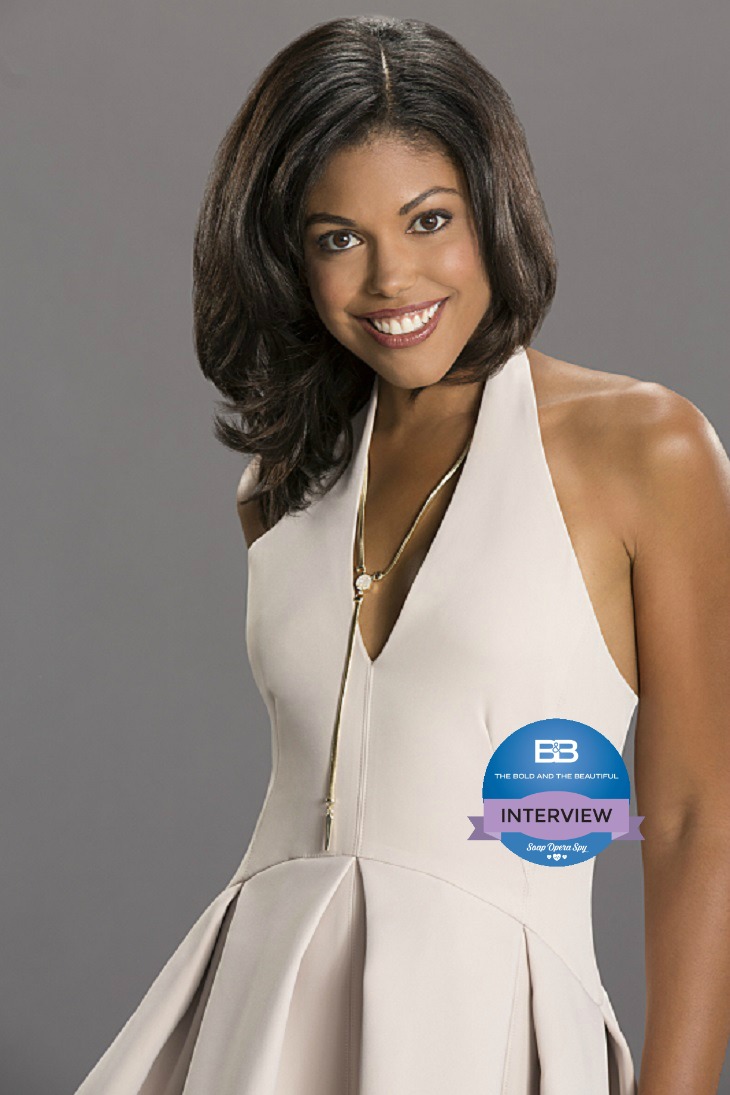 “The Bold and the Beautiful” actress Karla Mosley [Maya Forrester] understands the pain of an eating disorder. There was a point in her own life where Karla felt she was not worthy of love.

It was this pain that Karla tapped into as the Maya’s transgender storyline was revealed on “The Bold and the Beautiful.” In a recent interview with ABC Soaps in Depth Mosley revealed that the lowest point in her life happened when her father passed away. It was at this time Karla began to believe she was unlovable.

At about the same time two of Karla’s aunts also died. Karla explained in the interview that these women were like mothers to her. Karla revealed to ABC Soaps in Depth that she didn’t know how to deal with the overwhelming grief. “I was trying to control my body because I didn’t know how to feel sad.”

Related: Disoriented Liam Passes Out – Quinn Schemes To Get Wyatt And Steffy Together

Mosley has been able to overcome the feelings that no one would be able to love her. And Karla is happy to report she doesn’t care that her body type doesn’t conform with the Hollywood standard of the typical size zero actress.
Karla is pleased to be a healthy woman with a healthy body and feels privileged to be able to portray that on television. Maya’s story isn’t just about gender identity, it is similar to Mosley’s personal story – one of becoming secure with who you are and finding acceptance within yourself so that others can love you.

“B&B” co-workers are always happy to see Karla Mosley on set. Her optimism and enthusiasm is contagious and the actress likes to think she brings a positive energy to the work environment. Even when Karla doesn’t feel like smiling she admits that she’ll just follow the old adage “fake it till you feel it.” If all else fails meditate or exercise in order to release the negativity.

It’s difficult to believe that Karla Mosley ever thought she was unlovable and had a distorted view of herself. Thankfully Karla was able to get through that dark period in life and use the experience to create a Maya Forrester.

Get Exclusive Karla Mosley The Bold And The Beautiful News & Updates!