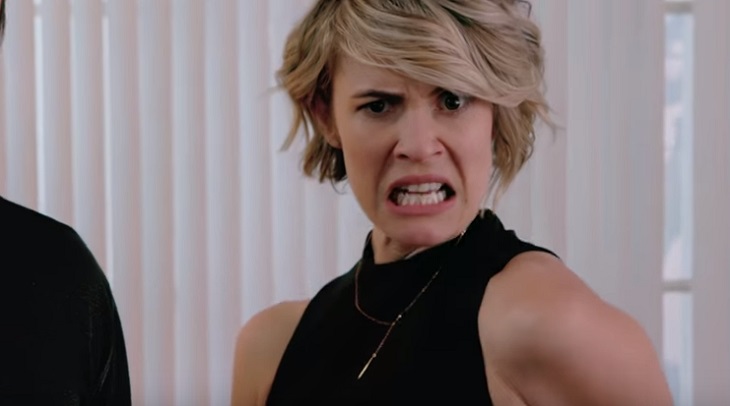 The latest two videos in CBS’ Not Safe for Daytime digital series have soap fans—including this one—in stitches. In it, Bold and the Beautiful (B&B) stars enact two short skits called, “The New Yorkers,” paying a nod to the popular Saturday Night Live Skit, “The Californians.” The latter skit was a brilliant soap opera parody—with a slight twist, as the comedians who starred in it played their characters as wild caricatures.

In the first “The New Yorkers,” McCook, Godfrey, and Mosley play an archetypal soap storyline—an impossible but true pregnancy—to side-splittingly funny effect. In the second one, Scott Clifton brings the rib-tickling fun together with his character’s entrance into the story.

Previous videos have been equally genius in both their envisioning and realization. One stars Pierson Fode (Thomas Forrester) lampooning the infamous Paris Hilton Carl’s Jr. ad that never made it to TV screens because of its raunch factor.

In the last video so far featuring our beloved CBS daytime stars, Joshua Morrow and Steve Burton crack each other up playing The Whisper Challenge, a game in which one player listens to music on noise-canceling headphones and must decipher what the other player is whispering. CBS.com says this video found its inspiration in “popular YouTube challenges,” presumably like the one that started it all, the ALS Ice Bucket Challenge.

Like the best parodies, the NSFD videos actually accomplish what they set out to parody, even as they make you laugh—the McCook/Godfrey/Mosely/Clifton one makes you want to see what happens next, the Fode one raises your—ahem—temperature, and the Morrow/Burton one impels you to laugh as the actors do the same.

Check out Part 1 of ‘The New Yorkers’ below, or you can head over to the official CBS Daytime YouTube Channel.

Get Exclusive The Bold And The Beautiful news News & Updates!