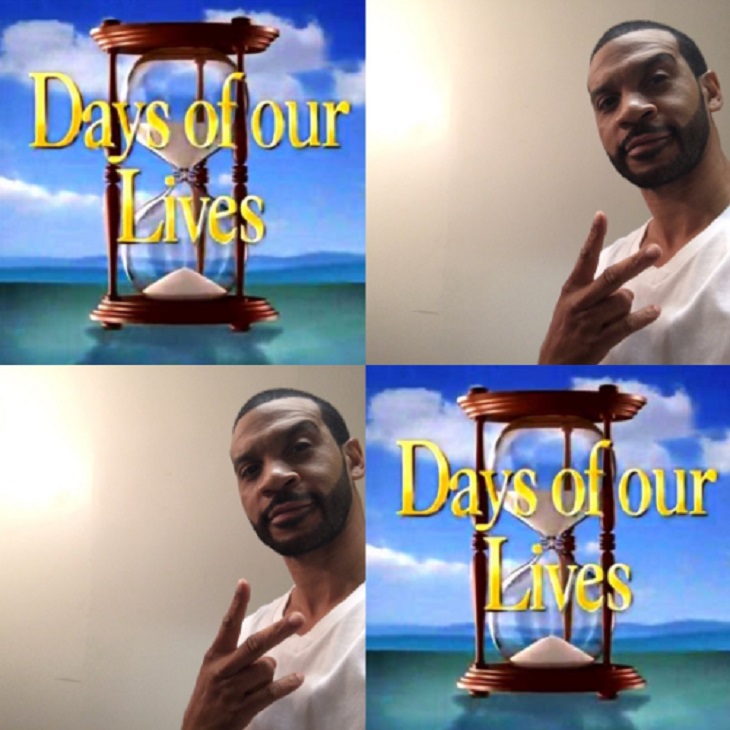 His Twitter post was a bit limited and the Facebook post has since been deleted, but the one on Instagram read “More bright lights in the big city!!! Coming this September! “Like Sands through an hourglass, these are the days of our lives” @nbcdays Have a great weekend!” His post was accompanied by an image of himself collaged with the Days logo.  Spears also changed his bio on Twitter and added that he stars on ‘DOOL’ and ‘B&B.’

Could the actor be indicating that he has joined the NBC daytime drama series? Will he being doing double duty on both ‘Days of Our Lives’ and ‘The Bold and the Beautiful’? Currently this is developing casting news so the details surrounding it are very limited.

If in fact he has been tapped for a role on the daytime soap opera, it is presently unknown what role he will play, whether a guest appearance, a recurring role or contract one. It is also unknown whether the mention of September could be his first tape date or air date. If this is his first air date the show did a great job of keeping this casting news under wraps. If this is the first tape date then his first on screen appearance won’t happen until 2017.

Coming this September!
“Like Sands through an hourglass, these are the days of our lives” @nbcdays pic.twitter.com/H57pqJXdsr

While we await some form of confirmation, Spears is still listed as a recurring player for ‘B&B’ in which he plays the role of Justin Barber. He is also well known for his role on the primetime drama ‘Being Mary Jane’.

So daytime fans what do you think of this news? Do you think it is possible that Spears has joined Days? What do you think this means for his B&B role? Would you like to see him do double duty on both soap operas?

UPDATE: According to Soap Opera Digest, Spears will be playing the part of Lt. Raines, and his first air date will be September 9.