‘The Bold And The Beautiful’ News: Karla Mosley To Sing On Upcoming Episode Of ‘B&B’ – Details Here! 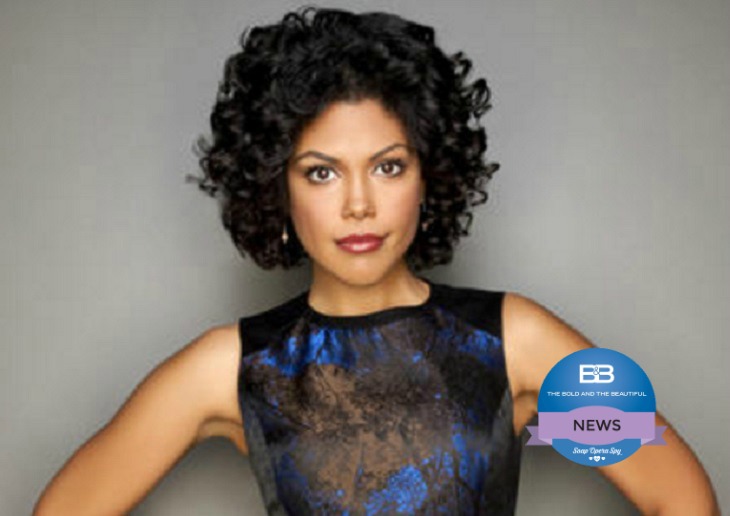 ‘The Bold and the Beautiful’ spoilers reveal that Maya [Karla Mosley] will sing the National Anthem in an upcoming episode. The footage is the actual  rendition of a performance the actress did earlier this year at the Dodger’s game at the Dodger Stadium. Same spoilers reveal that Los Angeles Dodger, Enrique Kike Hernandez will make a guest appearances in scenes with Jacob Young [Rick Forrester], Rome Flynn [Zende Forrester] Karla Mosley and Reign Edwards [Nicole Avant].

This will all take place in the September 12th episode. Mosley’s rendition of “The Star-Spangled Banner” which she did earlier this year in June at the Dodger game will air. According to Soaps in Depth ‘The Bold and the Beautiful’ licensed the footage which will now be incorporated into an episode. For those who missed her rendition, this is your opportunity to see the actress as a singer. Mosley is very talented and you will see for yourself when the footage is aired on September 12.

Likewise Mosley’s on screen sister Reign Edwards did her own rendition earlier this year. Her rendition left many viewers and co-stars in awe and Mosley’s own is guaranteed to do the same. Just how will it fit into the episode?  We will have to tune in to find out.

Mosley has had one of the best years in daytime last year with the whole transgender storyline and will continue to have such an impact on the fans as her singing talent is revealed. This is a good thing ‘B&B’ is doing, Edwards had her moment too when she performed one of the show’s original songs earlier this year.

So fans are you anxious to see Mosley’s rendition? Do you think she should sing more often? Would you like to see her in more singing moments on air?

‘The Young And The Restless’ Spoilers: Can Phyllis Stay Faithful To Jack, Or Will She Cheat With Her Brother-In-Law Billy Again?