‘The Young and the Restless’ POLL: Are You Y&R Team Victor or Team Jack? VOTE! 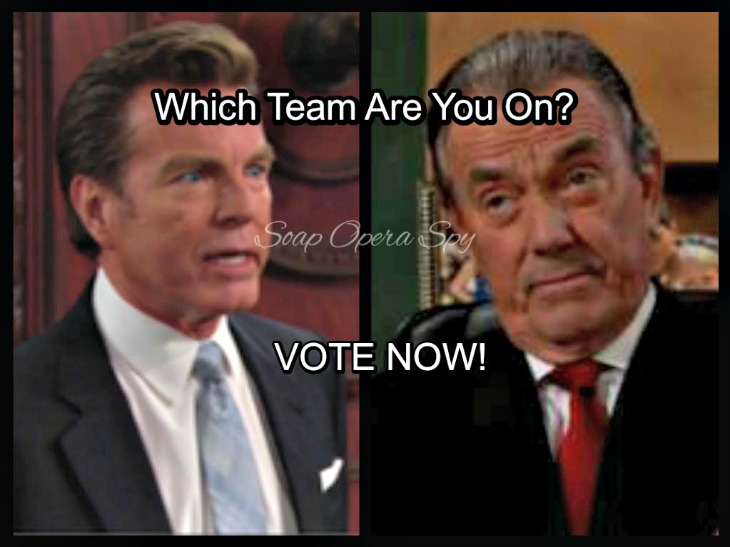 “The Young and the Restless” viewers know that there’s no greater soap feud than the one between the Abbotts and the Newmans. The constant tug of war has been a staple on the CBS soap for years. Jack (Peter Bergman) and Victor (Eric Braeden) typically lead the charge as patriarchs. Although the specific battles may change, they usually find themselves at odds.

Of course, Jack sometimes pushes for peace. We’ve been watching Jack try to nudge Victor in that direction, but Vic isn’t interested. He’s not the kind of guy who just drops his grudges. With that in mind, we’re undoubtedly gearing up for more clashing between these families. As the conflict heats up, we want to know which side you’re rooting for. Are you on “Team Victor” or “Team Jack”?

Normally, Victor claims he does everything for his family. He’s shifted his strategy lately thanks to his brood’s betrayal. Now Victor is plotting retribution. Naturally, he wants to see the Newmans pay a price for their disloyalty. However, Victor blames some of the Abbott clan for his plight as well.

Victor clearly wants Jack, Billy (Jason Thompson) and Phyllis (Gina Tognoni) to go down. In prison, Victor has had plenty of time to think about vengeance. He won’t stop until he achieves it. Did Victor deserve his sentence? You bet, but we can still root for Vic to wreak havoc. There’s nothing more entertaining than a “Young and the Restless” revenge scheme.

As for Jack, he’s been trying to do what’s right. We have to remember that Jack was held captive on an island by crazy Kelly (Cady McClain) while a doppelganger took over his life. If anyone should want payback, it’s Jack. Instead, Jack wants to put an end to all of the fighting. That’s a pretty selfless act when you consider everything Jack has been through.

Bottom line, there’s some value in rooting for either side. You may be applauding Jack for trying to secure a sense of harmony between the two families. On the other hand, you might be cheering on Victor’s plot because it’s just soapy fun!

Either way, we want to know which corner you’re in. Are you on “Team Victor” or “Team Jack”? Vote in our Y&R poll and don’t forget to check Soap Opera Spy often for the latest “Young and the Restless” spoilers, rumors, updates and news.