All My ChildrenAlyvia Alyn Lind 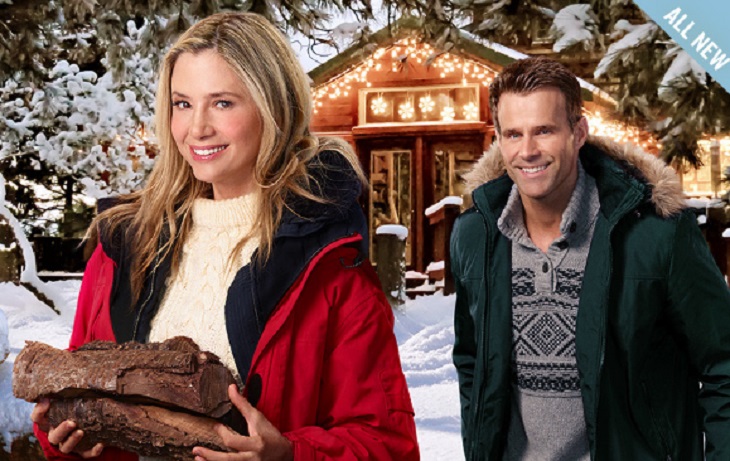 Tis the season for holiday movies and soap opera fans will see many of their favorite actors and actresses past and present in made for television movies. Grab a bowl of popcorn and cup of cocoa and enjoy the shows.

‘The Young and the Restless’ Alyvia Alyn Lind [Faith Newman] has been very busy filming two holiday movies. ‘Dolly Parton’s Christmas of Many Colors: Circle of Love,’ the second movie in a trilogy about the iconic singer’s younger years, just aired on NBC.

If you missed It, you can catch it on demand and it is also available through the streaming service Hulu.

That’s not the only holiday movie in which Alyvia’s is starring. Amazon Prime viewers can watch the pint-sized actress as Maryellen in ‘An American Girl Story – Maryellen 1955: Extraordinary Christmas.’

‘All My Children’ fans can catch two former cast members in holiday movies. Cameron Mathison [Ryan Lavery] stars opposite Mira Sorvino in the Hallmark Movies & Mysteries Channel’s ‘A Christmas to Remember’ premieres Sunday, December 18 and tells the heartwarming story of a widower who takes in a television personality whose car as crashed and she can’t remember who she is.

Lacey Chabert [Bianca Montgomery] stars as Sara Shaw in the Hallmark Channel’s ‘A Wish for Christmas.’ Sara is described as, “the type of woman who prefers to sit on the sidelines at work.” However, Sara does come up with a big idea and someone steals it. Sara makes a wish to Santa asking for the courage to speak up for herself and reclaim her idea.

‘One Life to Live’ alums Jason-Shane Scott [Will Rappaport] and Jessica Morris [Jennifer Rappaport] star om the ION Television holiday special, ‘A Husband for Christmas.’ Jason-Shane stars as Agent Nathan Hedge and Jennifer as Agent Marie Adams. They are immigration officers called upon to check-in on a couple who have wed for convenience sake.

‘Days of Our Lives’ alum Nikki Deloach [Brenda] stars as Penny in the Hallmark Channel holiday movie ‘A Dream for Christmas.’ A frazzled Penny wonders what it would be like if she had never gotten married. Cindy William stars as The Angel who grants that wish and Penny gets to see what life would be like as a single woman.

Get Exclusive Dolly Parton’s Christmas of Many Colors Circle of Love News & Updates!