Nashville Shocker Connie Britton May Not Be Staying On The Show 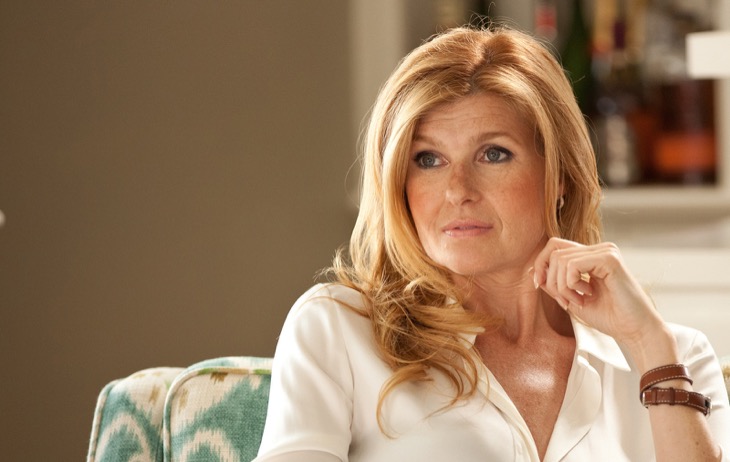 ABC canceled Nashville this summer, but the CMT network picked it up. It was reported that some of the stars wouldn’t be returning when the show debuts on the CMT network. The star of the show (Connie Britton) was one of the people who decided to stick with the show. Now there is word that she is also leaving the nighttime soap opera.

According to Entertainment Weekly, the actress may not be returning to the show after season five. Britton signed on to do 10 episodes so far, but the show was picked up for a full season. If she leaves the show, it will need to have excellent ratings in order to continue without her. The people behind the show want Britton to sign on for more episodes, but she hasn’t decided to stay with the show for the entire season yet. Another lead actress (Hayden Panettiere) has signed on to do the complete season.

When the news was released that Nashville was canceled, Britton seemed hopeful that the show would be picked up by another network. The actress wasn’t shocked that the nighttime soap was canceled, but she was thankful for the four years that the show was on the air. She seemed excited for the pick up so it was a surprise that she didn’t sign on for the full 22 episodes that will be airing.

The writers have a storyline planned for Rayna when the show comes back in the winter. She is going to be dealing with a millionaire who wants her to start singing again. He wants her music to appeal to a younger audience. He also has other plans for her that will develop over the course of the season.

There are stories that could be done if Britton only does half of the season, but she is the heart of the show. She is one of the main reasons why people tune in to see the show. The producers feel that the show wouldn’t be the same show without her being on it. The show has already lost a couple of cast mates (Will Chase and Aubrey Peeples), but they can move on from their departures. Britton is the star of the show so it would be harder to lose her. The producers want to find a way to please both sides. Season five will debut on January 5, 2017.