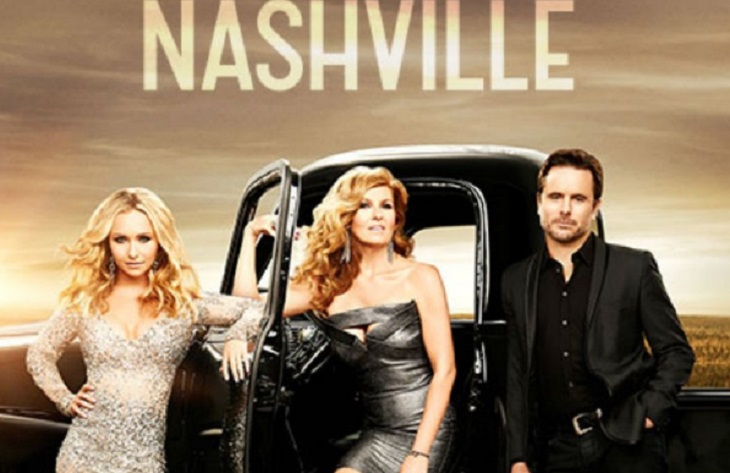 Fans of Nashville have been on bit of a rollercoaster in the past few months. When the ABC Network decided to pull the plug on the series, fans were quite upset. Luckily, CMT decided to take over the reins and renew it. The cancellation came as a surprise and brought up a lot of questions as to why ABC chose not to renew it. ABC Entertainment President Channing Dungey finally explained on Thursday that it couldn’t continue due to “financial issues”.

Related: Plotlines Will Be More Emotional – To Highlight Difficulty Of Country Music Industry

It really did shock us that a show with such a great cast, including Connie Britton (who had just wrapped up production for the five season long Friday Night Lights (2006), Hayden Panettiere (who fans might remember as Lizzie Spaulding on Guiding Light, or if you go back to when she was even younger, she played Sarah Victoria ‘Flash’ Roberts on One Life to Live), Jonathan Jackson (ex- Lucky Spencer, General Hospital), and of course there is the recurring role of music producer Noel Laughlin who is portrayed by none other than Scott Reeves, who is well-known for two beloved characters he has played in Daytime Soap Operas; Ryan McNeil, Victoria Newman’s (then Heather Tom) on-again-off-again husband, on The Young and the Restless) and the character of Dr. Steven Webber (Lars), the son of crazy Heather Webber (Robin Mattson) on General Hospital.

Channing Dungey goes on to explain, “Nashville is a show I personally truly loved, and to not have it back was a little bit of a heartbreak for me”, he revealed. “There are always a lot of things to consider in terms of your ability to bring a show back or not. We had lots of conversations with Lionsgate (Nashville producers) and with ABC Studios, and at the end of the day, it just did not feel like it was going to be something we could work out.”

Nashville Season 5 is expected to premiere on CMT this fall. Be sure to check Soap Opera Spy often for any developing stories, rumors, spoilers and news!

‘The Young And The Restless’ Spoilers: Summer’s Love For Luca Won’t Protect Him From Victor, Santori’s Days Are Numbered?