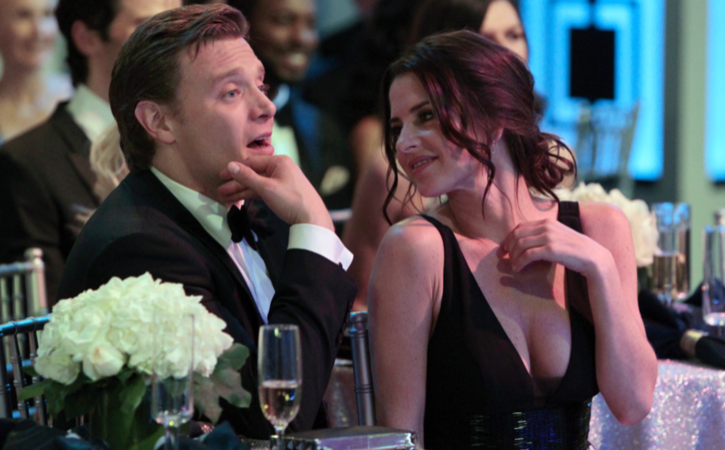 There has been a lot of feuding going on between fans of Billy Miller. Some say he could never be replaced as Billy Abbott on ‘The Young and the Restless’ and others are loving him on ‘General Hospital’ as Jason Morgan, another role fans felt could never be recast after Steve Burton left the role. How well do you know the man behind the character?

Billy Miller was born September 17, 1979. His full name is William John Miller II. He claims to be a Texas native, although there seems to be some discrepancy as to where he was born. Some say Tulsa, Oklahoma and others say he was born and raised in Grand Prairie, Texas. He spent the first five years of his life as a patient in the Texas Scottish Rite Hospital for Children, which is a pediatric hospital for the treatment of orthopedic conditions, neurological and learning disorders, such as dyslexia.

After receiving a communications degree at the University of Texas, he signed on with Wilhelmina modeling agency. He appeared in a few commercials, including ones for JCPenney and Pizza Hut. When Billy was 24 years old, he did a screen test for ‘As the World Turns’, and after bad management, he took a two-year hiatus from acting because he was so bitter from the experience.

In 2006, he returned to acting and appeared in an episode of CSI: NY. A year later he landed the role of Richie Novak on ‘All My Children’, ironically playing the murdering and blackmailing brother of Annie Lavery (Melissa Claire Egan). His last on-screen appearance as Richie Novak happened to fall on the same day as his first appearance in the role fans know him best, Billy Abbott on Y&R.

Billy Miller has won 3 Daytime Emmy Awards, all of them while he played Billy on Y&R. The awards in 2010 and 2013 were for Outstanding Supporting Actor in a Drama Series, but in 2014, he won the Daytime Emmy Award for Outstanding Lead Actor in a Drama Series. In the same year (2014) he vacated the role of Billy Abbott and became the new face of fan favorite, Jason Morgan on General Hospital.

Besides acting, you might be interested to know that he also owns a business called ‘4 M’. His company builds and operates bars in Austin, Texas and South Bay, California. Despite all the rumors, and photos of him together with Kelly Monaco (Samantha Morgan, GH), he reports that he is currently single. He has never been married and has no children.

Are you a fan of Billy Miller? If you loved him as Billy Abbott, you should really give him a chance as Jason Morgan and check him out on ABC’s General Hospital!! After seeing him in both roles, which one do you prefer him in: Jason Morgan or Billy Abbott?