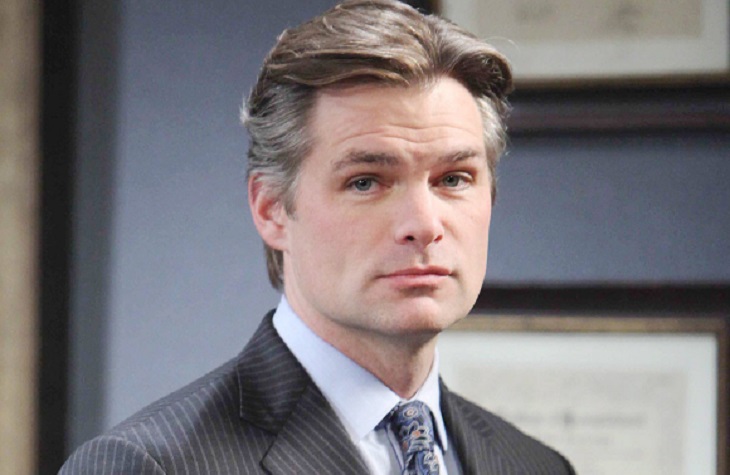 Has Daniel Cosgrove finished his course as Aiden Jennings on ‘Days of Our Lives’? It seems so according to a tweet from his co-star Thaao Penghlis [Andre DiMera]. “@DanielCosgrove What a pleasure it was to work with you. Missing my player” Penghlis tweeted.

Tweets like this usually indicate the end of one’s tenure on a show and it could be Cosgrove’s end. It’s rather sad though that Cosgrove has to go through this yet again. He originally joined ‘Days of Our Lives’ in January 2014 as Aiden Jennings.

His first run as the Salem attorney ended when Bo Brady [Peter Reckell] supposedly killed him in the Brady home. Cosgrove exited the role of Aiden in November 2015 during the show’s 50th anniversary and made his return earlier this year.

Cosgrove is very loved by daytime fans that made an outcry when he first exited. It is believed that it was because of the cries of the fans why the show runners decided to bring back the character and tell the tale of two Aidens.

When Cosgrove made his return in May of this year fans were very happy to have him back, especially as he and Hope [Kristian Alfonso] reunited. The latest plot twist has Andre framing Aiden for attempted murder of Rafe [Galen Gering]. No doubt, Hope will hate Aiden for what she thinks he did which will lead to her turning to Rafe.

Jonathon McClendon, who plays Cosgrove’s on screen son Chase Jennings, reported that he had not been filming any Days scenes lately. Officially McClendon is no longer at ‘Days of Our Lives’ so it could be true that Cosgrove has left the series a second time. Aiden really has no reason to stay in Salem, with his son gone and spoilers indicating that Rafe and Hope will finally explore a relationship there’s nothing really to keep Aiden around.

Although it’s unofficial at the moment fans can stay tuned to Soap Opera Spy for updates on Cosgrove’s status.