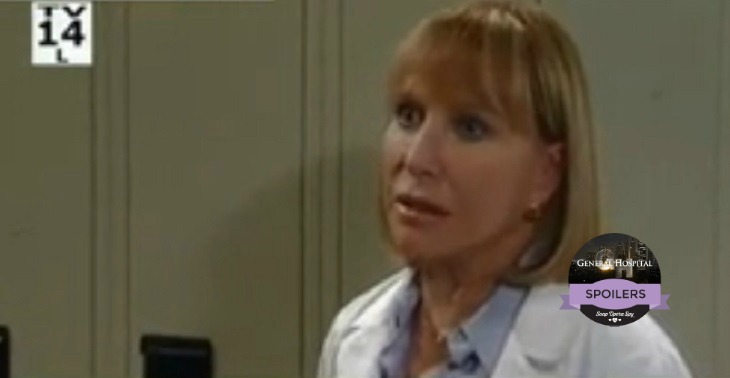 ‘General Hospital’ (GH) spoilers for Wednesday, June 15 reveal that Anna and Andre may have to call it quits as friends while Monica pushes Finn hard and he pushes back. Also, Valerie graduates the PCPD academy and Dante and Lulu are surprised by Sonny.

Anna Devane [Finola Hughes] tells Andre Maddox [Anthony Montgomery] that she wants him out of her house. She feels betrayed by him taking Jordan Ashford’s [Vinessa Antoine] side when it came to the Carlos case.

Andre won’t leave until he speaks his mind. GH spoilers reveal that Andre will reveal to Anna that he does have feelings for her that could be romantic so he needs to take a step back from their friendship. How will Anna react?

Related: When Will Nick Stabile Take Over For Tyler Christopher As Nikolas Cassadine?

Dante asks Lulu if she’s okay being at the party. Looks like she and Valerie have made their peace and Lulu is ready to move on with her life. Sonny Corinthos [Maurice Benard] steps up for Lulu and Dante in a big way with a surprise for them.

Related: Performer Of The Week – Brad And Lucas’ Wedding

Carly Corinthos [Laura Wright] goes to talk to Liz Webber [Rebecca Herbst] and GH spoilers tease it’s about her investigation into Josslyn Jacks’ {Eden McCoy] mystery kidney. Sonny warned Carly she might not like the answers she finds.

But when Carly talks to Liz, will she also take the opportunity to slam her ex Franco [Roger Howarth]? Carly does not want Franco to be happy and if she gets an inkling that Franco is into Liz, look for Carly to warn Liz to run away fast.

‘General Hospital’ spoilers reveal that Liz will emerge from this revealing and important conversation with Carly “haunted” but is it Jake Webber [Hudson West] and the kidney – or Franco – that most concerns Liz?

Share your comments below on these GH spoilers for the Wednesday, June 15 episode and tune in to Soap Opera Spy often for more ‘General Hospital’ spoilers and news.

‘The Bold And The Beautiful’ News: ‘B&B’ Cast Heads To Monte Carlo For Television Festival, Filming Episodes On Location!