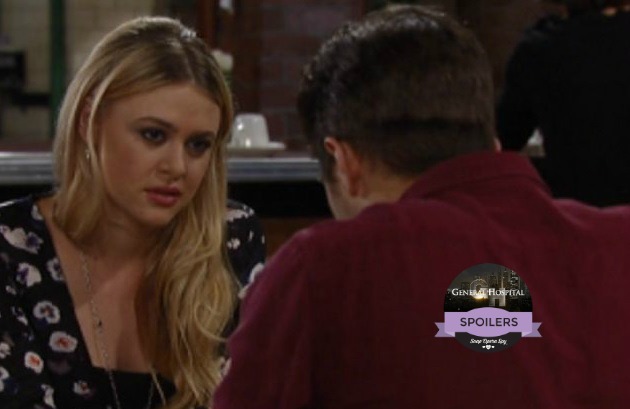 ‘General Hospital’ (GH) spoilers tease that Morgan Corinthos [Bryan Craig] may be rushing things by trying to get back together with Kiki Jerome [Hayley Erin] while his medications are still not smoothed out. Morgan is confident, though, and they will set up their first date in coming days.

Morgan and Kiki will enjoy a nice first date out but just as things start to heat up between them, Morgan will pull back. It looks like he’s having some side effects from his bipolar medication that are making it a challenge to be in the moment with Kiki.

Morgan still loves Kiki – or maybe it’s obsession based on his bipolar – but either way, he really cares about her. But the medications make it so he can’t feel things as intensely as he wants to with her, so GH spoilers indicate he’ll tamper with his meds.

The problem is, that could put their new romance at risk – and perhaps their lives. Morgan has three major things going on in his life. He’s got Kiki whom he wants to rekindle his relationship with – his job working at the warehouse – plus the bipolar.

But Morgan is also still poking around the Raj gunrunner stuff even though his dad told him to stay out of it. But working at the coffee warehouse on the docks puts Morgan in close proximity to the mob action and a coming mob war skirmish.

After the date with Kiki where Morgan feels “off” GH spoilers indicate he may start skipping doses of his medication. The problem is, that impairs his judgment. Will Morgan be out with Kiki and drag her into something dangerous on the docks?

GH spoilers indicate a big mob showdown is coming down on the docks and gunfire will be exchanged. Morgan may be involved and his messing with his meds and putting himself intentionally into a dangerous situation will turn Kiki off.

She can be a support for him and a friend – but Kiki doesn’t want to be dragged into mortal danger because of his bipolar spiral. Morgan’s skipped doses will result in erratic behavior that convinces Kiki she can’t be with him.

The problem is, Kiki breaking off the new romance with Morgan could worsen the spiral and convince him that his medications are the problem, not the solution. GH spoilers indicate that Sonny Corinthos [Maurice Benard] and Carly Corinthos [Laura Wright] will make a big decision soon.

Spoilers reveal that their big decision is about Morgan. Will they confine him to Shadybrooke over this incident because they feel like he can’t manage his own care? Morgan would be furious if they did – are his parents willing to make this tough choice and risk his anger to get him the care he needs?

Share your comments below on Morgan’s bipolar mess and his soon to be dead romance with Kiki and come back to Soap Opera Spy often for more ‘General Hospital’ spoilers and news.

‘Days Of Our Lives’ RUMOR: Is Daniel Cosgrove Returning To ‘DOOL’ As Aiden Jennings?