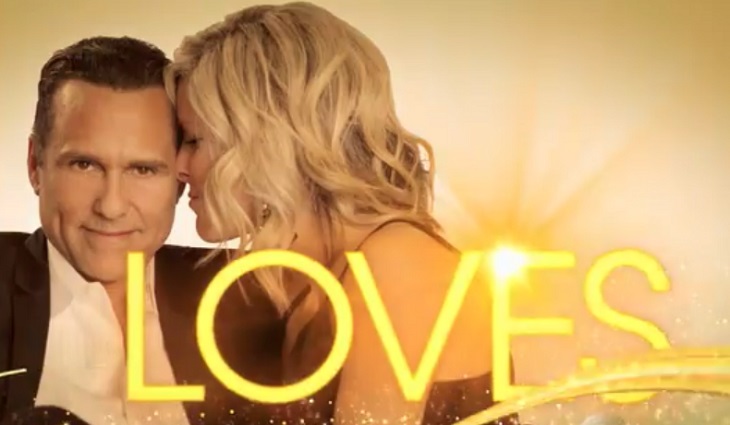 Isn’t it nice to finally see a promo that is filled with laughter and your favorite characters? If you have not seen the General Hospital Summer Promo Sneak Peak, you don’t know what you are missing.

The video opens up with Anna DeVane (Finola Hughes) surrounded by balloons, hopefully this is a sign that she will be back shortly after her annual summer break. Hints that she might be out longer than expected is a bit disappointing to her dedicated fans.

Maybe if you watch close enough, some hints are hiding in the video. Characters are dancing and we even have Alexis Davis (Nancy Lee Grahn) sitting on Julian Jerome’s (William DeVry) lap, sipping champagne, laughing and kissing. Does this imply that Julexis is on their way back together? Sonny (Maurice Benard) and his wife Carly Corinthos (Laura Wright) are snuggling up and kissing. Let’s hope this means CarSon won’t be splitting up any time soon.

Maxie Jones (Kirsten Storms) toasting champagne and dancing with Valerie Spencer (Brytni Sarpy), Nina Reeves (Michelle Stafford) and Dillon Quartermaine (Robert Palmer Watkins), but if you look close enough, she does not have a ring on her finger. Is that a hint that her and Nathan West (Ryan Paevey) have called off the wedding and are no longer together?

There is a shot of 5 of the hottest men Julian, Lucas (Ryan Carnes), Nathan, Dillon and Michael Quartermaine (Chad Duell), on the show right now. We can’t help but wonder where is Lucas’ husband Brad Cooper (Parry Shen) or even Felix Du Bois (Marc Samuel)?

Where are the veterans of the show? Monica Quartermaine (Leslie Charleson), Tracy Quartermaine (Jane Elliot), or even Laura Webber (Genie Francis) and her new love interest Kevin Collins (Jon Lindstrom)? Where is the ever colorful and dramatic Lucy Coe (Lynn Herring) or her annoying ex-husband, Scott Baldwin (Kin Shriner)?

What do you think when you watch the video? Do you see any hints of what is to come? Stay tuned, you are not going to want to miss any of the drama, romance, and excitement that will be coming in the next few months on General Hospital!!