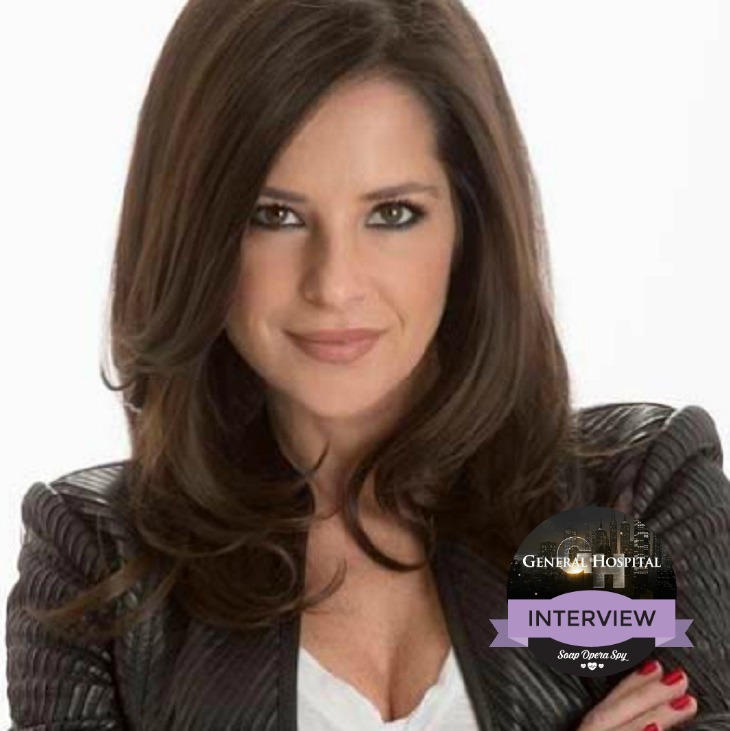 General Hospital’s Kelly Monaco, better known as Sam Morgan, recently sat down with Michael Fairman for an interview at the General Hospital Fan Club Weekend Event and she had lots to say. Kelly Monaco portrays the part of Samantha Morgan, which is a character that you absolutely love or love to hate.

It is so sad that Kelly feels she can’t get on social media much because of the hate towards the character she plays. She talks about how fans take it to extremes when it comes to the Sam vs Elizabeth (Rebecca Herbst). She reveals, “Even if you are talking about a character, some of the language that is being used is so inappropriate. But they are super passionate, and if the fan factions really hate each other then I guess we are doing our job well.” Kelly said Rebecca Herbst is one of the top three closet friends she has.

Kelly Monaco also reveals that she feels that she is judge based on her past decisions that she has made. She admits, growing up she thought that they were the cool things to do, but now not so much. We have all been there and these should be left in the past.

A lot of fans have been voicing their opinions on how they feel about the fact that there aren’t a lot of Sam, Danny and Jason (Billy Miller) scenes.. Kelly also touches on that subject saying “I don’t remember the last time I have seen Danny. One day Sam tucked him into bed, and I have not seen him since. I had to sing this lullaby, and I did not know what I was doing. (laughs) And, this was to the new kid playing the part. I am like, Oh, Hi Child. What’s your name? You’re five years older than the other kid.”

GH fans are in for some major story developments in the days ahead. Sam has returned from Cassadine Island, which she says she wished they could have stayed longer and it had been like “Survivor”, and now she will be getting examined by Dr. Finn who tells Sam “There are some things going on in that part of the World that has lead to spread of some diseases that are not normally found there”, talking about Greece.

Kelly says she doesn’t know where they are going with this storyline but if it’s going the way she hopes it does then she’s excited to play the part because she doesn’t think it has been done on General Hospital, maybe other soaps though. So are you excited for what’s to come on GH? Don’t forget to tune in!  You can check out the full interview with Michael Fairman here, it’s a must read!

‘The Bold and the Beautiful’ Spoilers: Eric Makes Announcement About Quinn, Ridge And Steffy Continue To Interfere With Patriarch’s New Romance