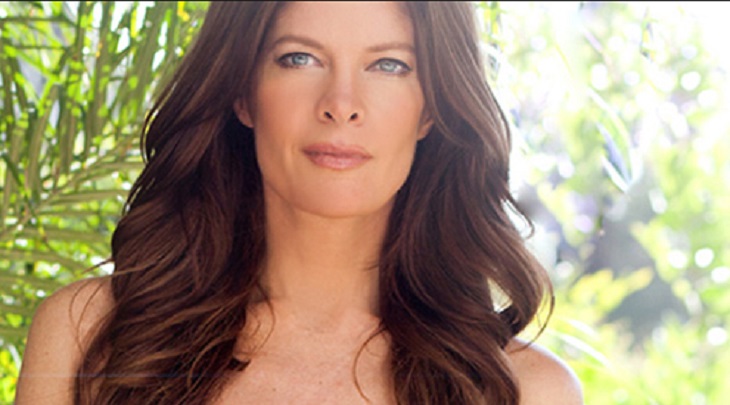 ‘General Hospital‘ actress Michelle Stafford [Nina Reeves] keeps herself very busy. Outside of acting she does directing and sometimes producing. Earlier this year the talented American actress was seen in the film ‘Durrant’s Never Closes’ which was released back in January.

Now, Stafford is sharing that the film will officially be made available on both Amazon and Itunes. “The film I did with @tomsizemore @durantsmovie get it Aug 26! I’m really proud of this film (that’s me in the smoke)” she tweeted with a picture promoting the upcoming release.

The eighty minute biography, crime, drama film features several popular stars. It was written by Travis Mills, Mabel Leo and Terry Earp while it was directed by same Travis Mills. The film focuses on “the story of Jack Durant, notorious restaurateur and ladies man whose connections to the mafia remain a mystery,” as posted on the IMDB website.

Fans have a little wait to catch the film if they didn’t earlier this year. As the ‘General Hospital’ actress shared the film becomes available for download on August 26th on Amazon and ITunes. While we are very anxious for the day to come we are privileged to continue seeing Stafford as Nina Reeves on GH.

Nina just slept with the man she hardly knows anything about. She has wanted a baby for years but no matter how she tried she was unsuccessful. Could the night she spent with Valentin [James Patrick Stuart] finally give Nina the one thing she’s wanted for so long – a baby?

‘The Young And The Restless’ Spoilers Monday August 8: Adam and Chelsea at Odds Over Chloe – Victor and Phyllis Become Allies – Lovesick Kevin Has a Plan

‘Days Of Our Lives’ Spoilers: Why Are Shane And Kimberly Returning To Salem?