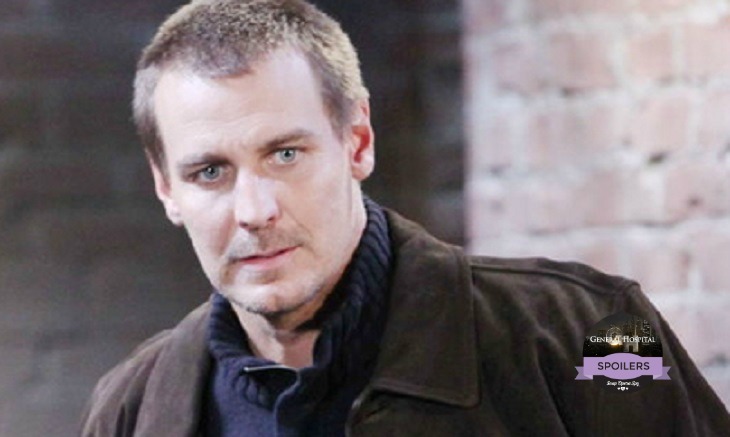 ‘General Hospital’ spoilers tease that Jax [Ingo Rademacher]and ex-wife Carly [Laura Wright] will reunite. The reunion probably won’t have anything to do with romance. Carly is in search of Josslyn’s kidney donor. Will Jax have information that will help Carly or will he plead with Carly to stop her search and let things be?

But don’t rule out romance completely! Ingo Rademacher is scheduled to bring Jax back to Port Charles on Friday, July 29. ‘General Hospital’ spoilers indicate Jax will be around Port Charles for approximately a month. You never know what can happen between Jax and Carly in 30 days! Carly certainly hasn’t been the faithful in the past.

In a recent interview with ABC Soaps in Depth Ingo revealed that he keeps ‘GH’ executive producer Frank Valentini updated about when he will be in Los Angeles. Says Ingo, “It gets [Frank] thinking about writing Jax back in.”

What is going to happen when Jax arrives in Port Charles? So far no storyline details have been revealed, not even to Ingo. The actor says he trusts that the writers and producers and will do the very best he can with whatever is written for his character.

Ingo is excited about working with both Laura Wright and Maurice Benard again. No matter what reason brings Jax back to town, you know there will be fireworks between Jax and Sonny. When hasn’t there been testosterone-fueled male posturing when you put Carly’s two alpha men in the same room?

The assumption is that Jax’s return to town is precipitated by the fact that Carly is on the hunt for Josslyn’s unknown kidney donor. But ‘GH’ fans know anything can happen when Jax and Carly are back together. “General Hospital’ viewers do hope Jax is able to help her find out who donated a kidney to Josslyn and put Carly’s mind at ease. Or, the discovery may open up an entirely unexpected storyline.