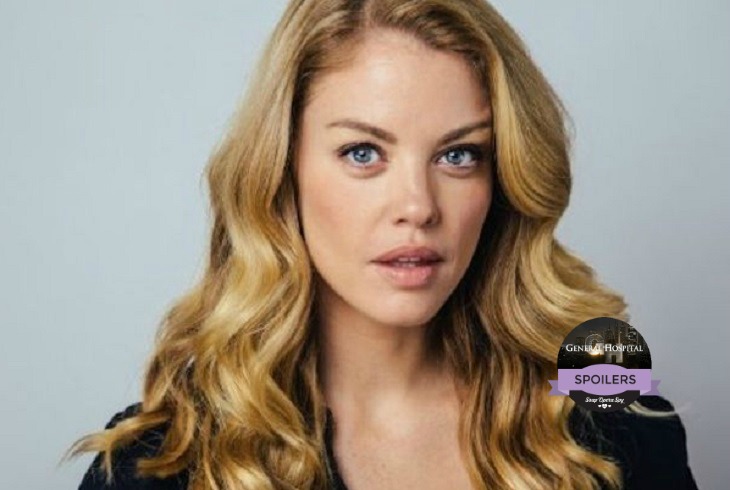 ‘General Hospital’ spoilers indicate Nathan’s [Ryan Paevey] ex-wife Claudette’s [Bree Williamson] arrival in Port Charles is imminent. When Claudette shows up in town there is obviously going to be a lot of trouble stirred up. Will Nathan and Maxie’s [Molly Burnett] relationship be a victim of the troublemaking Claudette?

Get ready to hate Claudette because Nathan’s ex – and we’re not quite sure she is his ex – isn’t in town to give her blessing to the couple. In fact, ‘General Hospital’ spoilers tease that Claudette is a naughty girl with an agenda. ‘GH’ fans wonder if part of that agenda is to let Nathan know that he’s still legally married to her. Or, if Claudette and Nathan are divorced, does she want him back?

In an interview with ABC Soaps In Depth available on newsstands now, Bree revealed that TPTB tailored the character of Claudette around her. How could Bree pass up the role? “All I needed was to hear that!” Bree explaining her reason for taking on the role.

‘General Hospital’ viewers should expect Bree to breeze into Port Charles on Friday, July 1 just in time to make the ‘GH’ summer storylines even hotter. Bree Williamson has been taping scenes with Nathan Paevey and Kirsten Storms’ temporary replacement Molly Burnett. As viewers know, Kirsten is on a medical leave of absence due to a skin condition. When Kirsten is healthy again TPTB do plan for her return to the soap opera.

Bree Williamson is a familiar face to ABC soap opera fans. Bree’s last gig was on ‘One Life to Live’ as Jessica Buchanan. ‘OLTL’ incorporated a dissociative identity disorder into the storyline which brought out Jessica’s Tess and Bess personalities. Jessica’s mother, Victoria Lord [Erika Sleazak], suffered from the same mental health condition.

Are ‘GH’ viewers ready for Claudette’s arrival? Nathan and Maxie fans may not be happy if the couple splits up. But, you never know, Nathan and Claudette may have some fantastic chemistry and fans may come to love them as a couple.