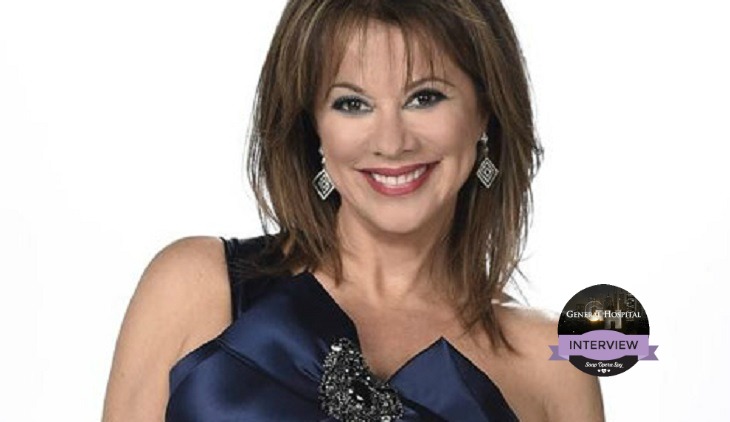 Recently we posted an article where ‘General Hospital’ star William DeVry spoke about the fate and predicament fan favorite couple Julexis faces. Now, Nancy Lee Grahn spoke with TV Insider’s Michael Logan about the Julexis story. From being the sexiest couple on daytime (and happiest), the two are now at odds since Alexis discovered that Julian is still in the mob and that he murdered Carlos [Jeffrey Vincent Parise]. With all that has been taking place between them lately, it has left the ‘General Hospital’s Julexis fanbase torn, and Grahn spoke to Logan on the matter.

Firstly Grahn mentions that though the audience is in shock, so is her character. Although she has no idea where the story is headed, she thinks this is the best set of material she has been given lately. She reflects back on the other writing regime who she recalls had Alexis in a “safe, generic, boring place”. She further dished that with the new head writers she is given the material that leaves her saying “Damn, I feel like a real actor!”

Related: 5 Characters We Want To Return To ‘GH’

Grahn shared that they are going places she would not have imagined and that things are going to get wilder in the next few weeks. She further said that the relationship between her character and Julian wasn’t rushed; viewers watched them slowly connect and blossom. But, the story is getting wilder and Grahn is excited about it.

In regards to where the story is headed, she said “I say take the ride.” And, to her Julexis army she added “Have a couple of cocktails. And try to stay calm. You’re not alone. Hang on. Don’t abandon ship. If we eventually have to throw Julian overboard, so be it. It’s women and children first! I do not intend to die on the Titanic.”

General Hospital, fans you can check out TV Insider’s website for the full interview.  Do you think that Julian Jerome and Alexis will be able to get past this, or is this the beginning of the end of the couple?  Share your thoughts in the comments below!

‘Days Of Our Lives’ News: 5 Characters We Want To Return To ‘DOOL!’