‘General Hospital’ Spoilers: Alexis’ Life Continues Downward Spiral, Turns To Julian For Help – Can He Save Her Career? 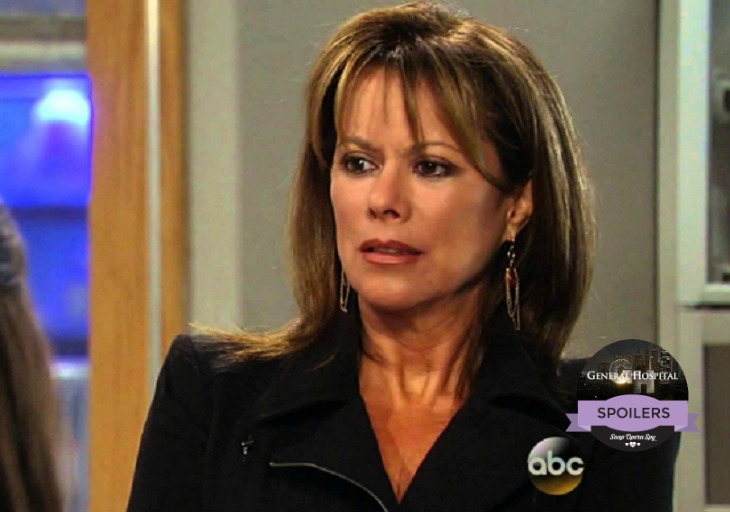 Life just doesn’t seem to be fair to General Hospital’s Alexis Davis Jerome (Nancy Lee Grahn). It seems every single relationship she has gotten herself into, something awful happens and she ends up alone and broken-hearted, but she has never experienced this much trouble and duress, like she has with her current estranged husband, Julian Jerome (William DeVry). Has her relationship with Julian finally broken her completely? How much more can one woman take?

Related: Claudette Pleads With Griffin To Keep Affair Secret – Nathan And Maxi Overhear Conversation, The Truth Is Out!

General Hospital spoilers tease that this week, we see Alexis doing something she really didn’t want to do, she goes to visit Julian. She wants nothing to do with him, or even be anywhere near him, but the truth is, she needs something from him. As her daughters have grown up and pretty much “left the nest”, the only thing Alexis has left is her career as an attorney. The Bar Association has sent her a letter informing her that they are considering taking away her license to practice law, and the only way she sees out of this is to ask Julian to give a statement explaining that he forced her to commit those unethical acts and crimes she has been charged with.

Alexis is lucky that Diane Miller (Carolyn Hennesy) is by her side; although very opinionated and not one to beat around the bush, Diane is actually very compassionate towards Alexis. Most people have taken the stance that they have warned her about Julian, over and over again. Diane is just about the only one in her corner right now.

General Hospital Head-writer, Shelly Altman dished to Soaps In Depth that Alexis feels that Julian owes her this, but she is forgetting that this will put Julian in a pretty powerful position. He knows how important her career is to her and that will be his “bargaining chip” with her. Every chance he has Julian reminds Alexis how they were very much in love with one another. He makes it clear that he will gladly give her the statement, but at what cost? Will she make a deal with the devil to maintain her license to practice? Is she willing to pay whatever he wants, to keep her career?

At home, things aren’t going much better, during a chat with Kristina she inadvertently admits that she was involved in Parker’s decision to leave town. Head-writer Jean Passanante says that, “Alexis will always believe she was doing the right thing for her daughter at the time.” Alexis also points out to Kristina that the ultimate decision to leave was up to Parker. If Parker was serious about Kristina and wanted to pursue a relationship with her, no one truly forced her to leave town.

Things are about to get a lot worse before they get better, and Alexis’ downward spiral is going to give fans plenty of reasons to worry about her. Do you pity her, like Diane does, or do you blame her for falling for the same old “trick”? Will she be able to crawl out of this hole she has dug for herself?  Share your thoughts in the comments below.