‘General Hospital’ Spoilers: Claudette Pleads With Griffin To Keep Affair Secret – Nathan And Maxi Overhear Conversation, The Truth Is Out! 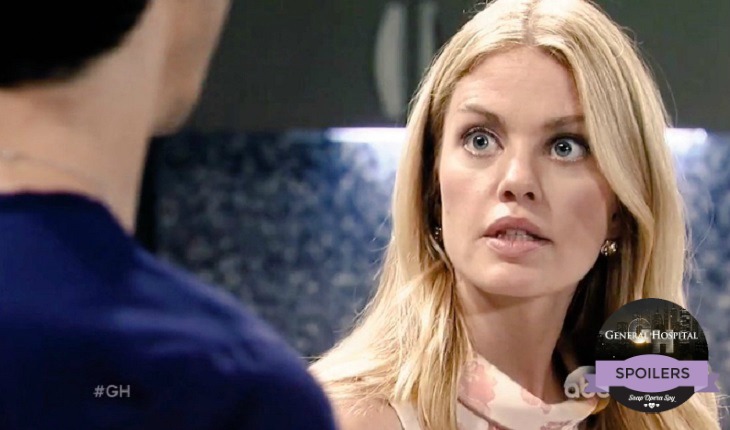 Nothing ever stays a secret in Port Charles, the truth eventually comes out. Griffin is hell bent on getting this heavy weight off his chest. Griffin has been struggling with this secret ever since he realized Nathan shot him after catching Griffin in bed with then-wife Claudette.

Claudette does not want Griffin to tell Nathan anything. Why rock the boat? Nathan doesn’t need to know – let the past stay in the past. But Griffin doesn’t want to play it that way and Claudette completely disagrees.

Does Claudette want Griffin to keep everything – the affair, the shooting – a secret because she wants to protect herself or Griffin or both? No one is quite sure what Claudette’s agenda is at this point. ‘GH’ spoilers indicate that Claudette wants to manipulate Nathan and have a something to hold over his head even if it’s just for a brief time.

‘General Spoilers’ tease that Claudette might truly be in love with Griffin. If that’s the case Claudette doesn’t want to see his life in shamble just because Griffin had an affair with Claudette while she was married to Nathan.

Griffin’s agonizing decision over whether to tell the truth or not will be taken out of his hands. ‘General Hospital’ spoilers reveal that while Claudette is trying to convince Griffin to keep quiet, Nathan is just around the corner with Maxie [Molly Burnett] and the couple hears everything.

‘Days Of Our Lives’ Spoilers: How Will Theresa Donovan Exit From ‘DOOL’ – Leaving Salem Or Killed Off?