‘General Hospital’ POLL: Who Do You Think Charlotte is? VOTE! 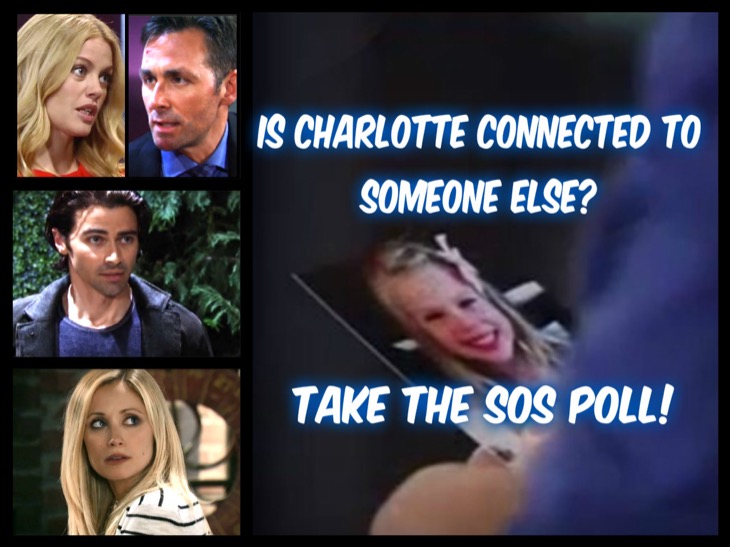 Last week it was revealed that Nathan West (Ryan Paevey) is the father of Claudette Beaulieu’s (Bree Williamson) daughter Charlotte. It was confirmed by a DNA test that was monitored by Nathan himself.We all

We all know, however, that in Port Charles DNA is not always what it seems. So just who is Charlotte?

Is she Nathan’s Daughter?

Claudette, so cleverly, reminded Nathan that they were not always careful to use protection during their lovemaking. So if Charlotte is real, she could very well be Nathans long-lost offspring.

General Hospital spoilers teased Lulu’s (Emme Rylan) embryo was missing from Cassidine Island and we know Helena (Constance Towers) left clues in her will for Lulu to follow. These clues led straight to Cassidine Island. We also know Robert Scorpio (Tristan Rogers) could not find any clues regarding the mysterious woman Daphne whom they previously met on the island. Did Claudette somehow get hold of Lulu’s embryo and use it to sire a child and pass it off as her own in order to trick Nathan into coming back to her? It has been done before. Remember Britt Westbourne (Kelly Thiebaud)?

The Product of Claudette and Valentin Cassidine

Claudette supposedly came clean to Nathan and told him the name of her former boyfriend; Valentin Cassidine (James Patrick Stuart). She claimed he was threatening her and her child and said that he could reach them even from prison. Could Charlotte be the child of Valentin and Claudette and is Claudette really afraid of Valentin and truly trying to protect her daughter by hiding the paternity

When Claudette realized the results of the paternity tests were in she quickly ran to Dr. Griffin Monroe (Matt Cohen) to let him know there might be a chance that he is in fact, the father of her child. She tried to cover all bases proving that even she is not sure of the child’s paternity. Recent ABC spoilers reveal that Claudette and Griffin will soon have a heart to heart talk regarding her past activities; after all, he was her priest before he became her lover.

One thing is sure and Claudette is hiding a secret much deeper than the paternity of Charlotte. Dr. Liesl Obrecht (Kathleen Gati) is no pushover by any stretch of the imagination. She and Claudette had a little talk and now they are best buddies with Dr. O gushing over Nathan that she is now a “granmutter.” What secret is Claudette holding over Dr. O’s head? Could Charlotte hold the key to the true identity of Nathan’s father? You decided and please be sure to vote in our poll.

‘General Hospital’ Spoilers: The ‘GH’ Killer May Have Been Caught, But Paul Hornsby Still Has Tricks Up His Sleeve