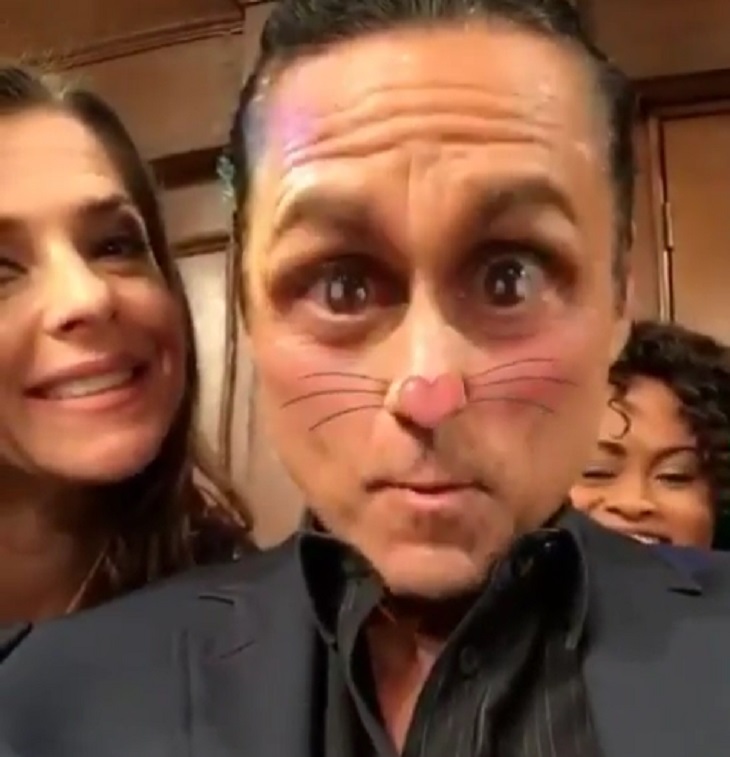 It looks like Halloween has come early to the “General Hospital” set! Check out this hilarious Instagram posted by Maurice Benard, featuring Kelly Monaco (Samantha McCall) and Vinessa Antoine (Jordan Ashford). They’re having so much fun with a kitty filter that it makes me want to break out the costumes and candy corn!

Of course, Benard’s fans got a kick out of the hijinks, too. “That made me GIGGLE!!!! 2 of my faves on GH,” enthused one fan. “Laughing hysterically at Maurice,” wrote another, although I’m sure she’s laughing with him!

“Yall are awesome,” and “I’ll pretend that was just for me,” pretty much sums up the level of love that Benard and friends have engendered with the GH fans.

Related: Maurice Benard Dishes On Sonny Corinthos’ Crimes On ‘GH,’ Whether Port Charles’ Godfather Has Paid The Price For His Actions

Of course, life in Port Charles hasn’t been all fun and games recently for these three characters.

After a series of momentous events last week, General Hospital is sure to be must-watch TV this week. Jordan has a new piece of evidence in the GH killer-thriller, Sam got good news from the doctor and Sonny is going toe to toe with Jax (Ingo Rademacher).

Who thinks PCPD Commissioner Jordan Ashford will finally crack the case that’s been haunting GH? With the discovery of a mysterious cufflink, Jordan may finally find the killer who’s tarnished the hospital’s sterling reputation.

Related: Anthony Montgomery Dishes About Andre and Jordan, His Music and More!

And who didn’t cheer when Sam found out she doesn’t have malaria? Yea! Next up, wedded bliss for Sam and Jason (Billy Morgan)!

I don’t know about you, but I loved seeing Jax back in town. It’s been too long without those seriously blue eyes and hypnotic accent. All we need now is for Sonny to bait Jax with a crazy-loud, “Hey, Candy Boy!” leading Jax to finally explode and reveal his secret!

‘Days Of Our Lives’ Spoilers: Who Is Headed To Prison On ‘DOOL?’