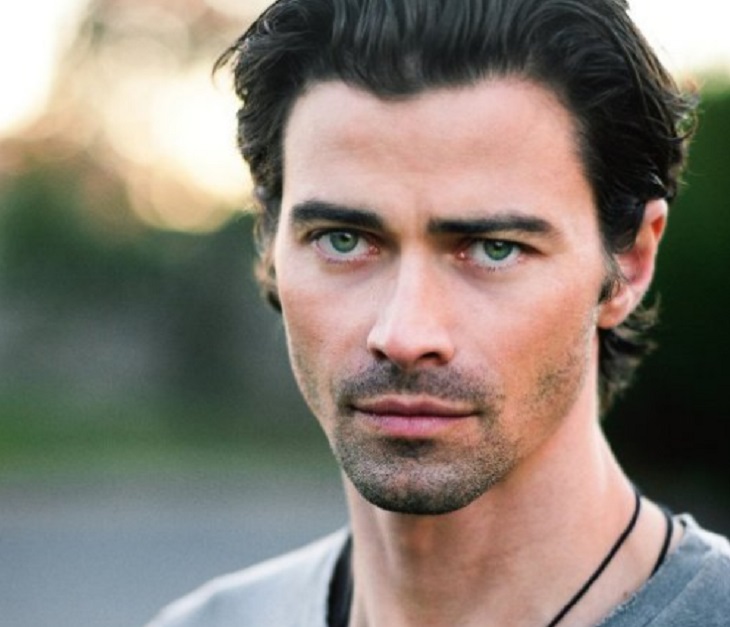 With fall around the corner, “General Hospital’s” Matt Cohen (Griffin Munro) has a little Superman all set for Halloween!  Watch as his son Macklin takes a turn as baby Superman in this recent video.

Little Macklin has all the superhero moves and facial expressions down as he runs toward the camera in slow motion! Matt and his wife Mandy Musgrave have a great little actor on their hands.

Fans recently clamored for Cohen to play the next Man of Steel in primetime’s “Supergirl.” He wasn’t cast, but no doubt noticed and appreciated his fans’ loyalty.

Cohen’s GH alter-ego could sure use an army of advocates in his corner, too! Viewers know that he is a crucial cog in the Claudette (Bree Williams)/ Nathan West (Ryan Paevey)/Maxie Jones (Kirsten Storms) storyline.

The tortured Father/Doctor just can’t seem to forgive himself for his long-ago indiscretion with Claudette. Last week Griffin had a heart to heart with Elizabeth (Rebecca Herbst) about forgiveness.  When Griffin conceded that he was beating himself up over his past, Liz encouraged him to take it easy on himself.  Would we expect any less of Port Charles’ most compassionate nurse?

Related: Leslie Charleson Talks About Her Years On GH

Griffin and Maxie had a similar conversation. But what Maxie doesn’t know just might hurt her. How is she going to feel when she finds out that detective Nathan was the one who shot Griffin all those years ago? Will she be able to forgive her future hubby?

Is redemption just around the corner for Griffin? GH fans last saw Nathan and Claudette stranded on a cliff above Port Charles, with Nathan ready to use his gun to save them.  Dr. Griffin may be called upon to be a superhero this week!

‘The Young And The Restless’ Spoilers: Will Victoria Leave Victor And Newman Enterprises And Join The Abbott Family’s Brash & Sassy