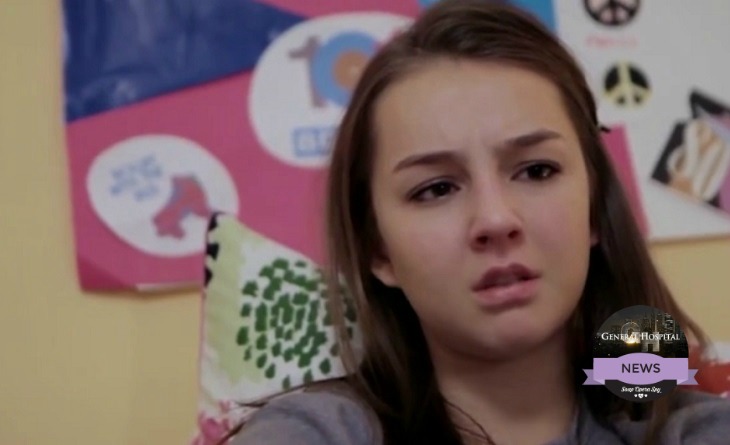 General Hospital alum, Kristina Corinthos-Davis (Lexi Ainsworth) recently posted a trailer for her new movie, “A Girl Like Her” which comes out tomorrow – Tuesday, January 19, 2016 on DVD, On Demand, and Digital HD — to her ‘Twitter’ account! I just watched it and am totally blown away! The movie is slated to be in theaters Wednesday, March 27, 2016!

Related: Olivia Using Leo To Drive A Wedge Between Julian And Alexis – Which Baby Mama Should Julian Be With? Vote Now!

The video is a powerful piece of work and deals with the issue of bullying and its effects and the toll it takes on the psyche of today’s youth. Young people, who may already feel self-conscious about their looks or how they’re perceived at school and in social situations – even on college campuses – are constantly at risk. Sadly, many who are bullied, quite often don’t tell anyone, they don’t speak up or out, or they won’t talk to a counselor… until it’s too late. It’s based on any one of a million true stories; far too many of which we’ve already heard and all we do hear, is the grizzly epitaph… the period at the end of their lives.

So please, watch this movie tomorrow; and when it makes its theater debut next month, grab your friends or your parents, and go see it again. Stand up and be counted among those who befriend those who are bullied. Be a sounding board if you know of anyone who is being bullied.

A Girl Like Her_Trailer from Amy S. Weber on Vimeo.