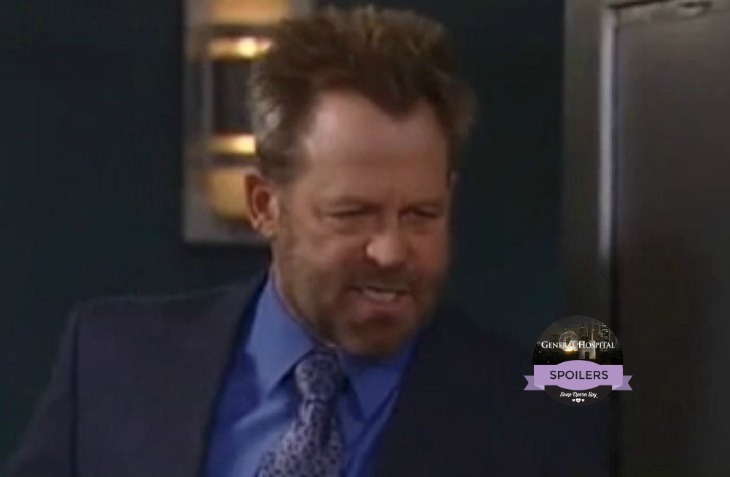 ‘General Hospital’ (GH) spoilers for Tuesday, January 19 indicate that Valerie Spencer [Brytni Sarpi] will demand answers from Lulu Spencer [Emme Rylan] and Johnny Zacchara [Brandon Barash] will be nabbed by the PCPD. Here’s what you need to know.

First, rivals and cousins Valerie and Lulu have to cuddle to make it through the night but in the morning, it will hit Val that Lulu had no reason to be out in the woods – other than if she was in touch with Johnny. How can Lulu explain her presence without implicating herself?

Meanwhile, at the PCPD, Maxie Jones [Kirsten Storms] shows up to report that Lulu never came home. Is this the point that Dante Falconeri [Dominic Zamprogna] will tell Jordan Ashford [Vinessa Antoine] that he suspects Lulu of conspiring with Johnny?

They come up with a plan to catch Johnny that works – will they track the GPS in Valerie’s car? After Johnny is busted, it will appear like he’s really off the rails. Has Johnny snapped mentally? Or is this an act to protect Lulu?

Scotty Baldwin [Kin Shriner] is back on Tuesday and on a tear about his son Logan Hayes’ death. You’ll recall that Lulu stabbed Logan to death to save Maxie and then Maxie, Johnny and his sister Claudia were in on the cover up.

When Johnny was tried for Logan’s murder, Scott was DA but Johnny was acquitted because Trevor Lansing (Ric’s dad) tampered with the jury – and Scotty later found out Lulu was real killer. Scotty will rant to someone – looks like Jordan – about Johnny’s obstruction of justice in his son’s death.

Mayor Lomax [Shari Belafonte] and Olivia Falconeri [Lisa LoCicero] get into a spat at the MetroCourt while Olivia is juggling baby Leo. What is that about? Is it because Olivia has her baby in the bar? Or is something bigger going on here?

Interestingly, GH spoilers indicate that Nina Clay [Michelle Stafford] may witness the showdown and commiserate with Olivia later. Looks like Nina and Franco [Roger Howarth] are making new friends all over Port Charles.

How do Robert and Andre know each other? How can Andre help in the Carlos Rivera [Jeffrey Vincent Parise] manhunt? Later, Jordan will tell Andre that he’s very impressive. And Paul won’t be happy to see Anna with Robert.

Later, Ava Jerome [Maura West] shows up to Paul’s hotel room for some sexy time. The dirty DA seems to have little idea how close he is to being caught by Anna and her Scooby gang. He’d better enjoy Ava while he can…

Don’t miss a moment of the Tuesday, January 19 episode. Watch and come back to Soap Opera Spy for more ‘General Hospital’ spoilers and news.

‘Days Of Our Lives’ RUMOR: Jennifer Horton Struggles With Pain And Anxiety After Accident – Downward Spiral And Painkiller Addiction Coming?