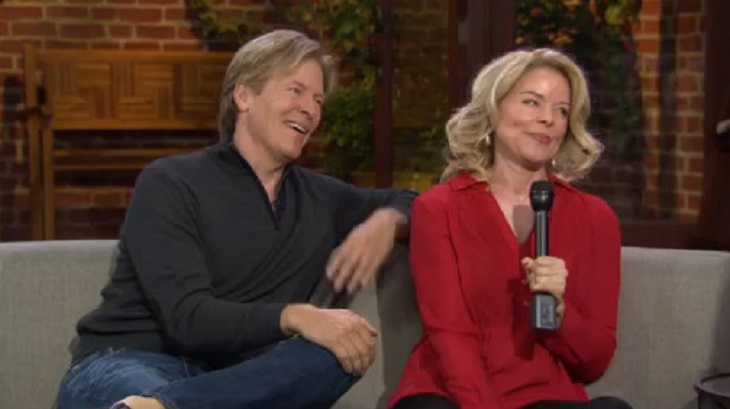 Fans of ‘General Hospital’ alumni Jack Wager and Kristina Wager can rejoice. The former ‘GH’ stars who played Frisco Jones and Felicia Jones will continue enjoying success on their series, ‘When Calls The Heart.’ The soap opera star helmed series has been renewed and we know when season 4 production begins!

Daniel Lissing and Erin Krakow confirmed the news on ‘Home and Family.’ “’When Calls The Heart’ will be coming back next year for season 4!” Erin confirmed with excitement. “It’s been so hard to keep it a secret.” The stars also teased their upcoming Christmas movie for the Hallmark channel during their confirmation of the return of the show.

Season 3 of ‘When Calls The Heart’ went out on a bang and the season finale pulled 3 million viewers. According to Nielsen stats, the 2.6 HH rating became the highest rated episode of the series! Obviously, the strong finish for the series helped secure season 4 ‘When Calls The Heart’ and Hallmark’s order for another season of the ‘General Hospital’ stars’ series.

Season 4 of ‘When Calls The Heart’ will begin production this summer. The premiere of Jack and Kristina Wagner’s show is set for 2017, although no specific date has been announced. Filming will take place in Vancouver.

How exciting! What do you think ‘General Hospital’ fans? Have you checked out the series ‘When Calls the Heart’? Are you excited to see more of former ‘GH’ characters Frisco Jones and Felicia Jones played by Jack Wager and Kristina Wager? Let us know your thoughts and opinions in the comment section below.

‘The Bold And The Beautiful’ Spoilers Wednesday April 20: Steffy Refuses To Dump Wyatt For Liam, Zende Lays Down The Law To Sasha