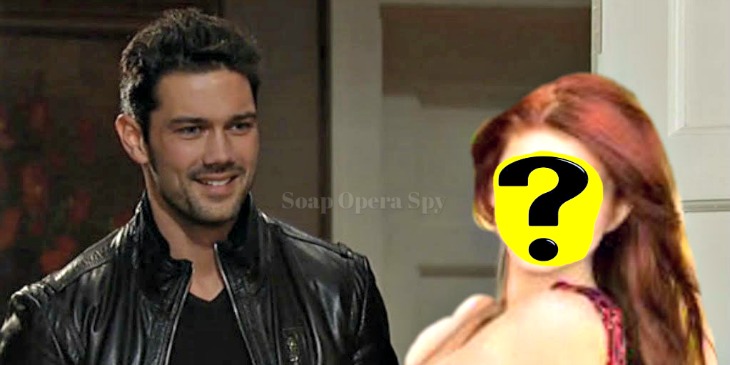 “General Hospital” (GH) casting news reveals newcomers that may shake up several Port Charles storylines. The search is on for nine new characters and that’s on top of two new characters already cast – Amy and Aaron. Looks like a crowded house at the Nurse’s Ball! Here’s the GH casting scoop…

One casting call sounds like the Berlins are invading Port Charles. GH showrunners are looking for “Jack” and “Sharon” who are a white married couple in their 50-60s with a son. That alone doesn’t make them Berlin-worthy but rumor has it they’re reading with Rebecca Budig aka Hayden.

The couple is supposed to know about Nikolas [Tyler Christopher] and have info on Port Chuck too. The producers are rumored to be looking for name actors so that’s exciting. Adding Rachel’s family to the GH canvas, even if it’s only for a short visit, would give her character some depth that she’s lacking.

Is Claudette moving to Port Charles?

GH rumors tease that Claudette has been cast and the actress is a beautiful redhead. However, there was also a casting call out for a lady doc in her late 20s named “Melissa” but the casting call names don’t matter. Matt Cohen aka Griffin was reading opposite of Melissa.

We wonder if Claudette may now be a doc and if she’s an ex of Griffin’s as well as of Nathan [Ryan Paevey] since obviously Griffin and Nathan have a past together. So “Melissa” may be more than just a doc and may have ties to both hottie characters… Fingers crossed!

A recent casting call is out for “Daniel” who is a college aged guy who is quirky and has a father and brother in town. Actors for this part have been reading with Richard Burgi aka Dirty DA Paul Hornsby which means “Daniel” could really be Paul Hornsby Jr.

GH spoilers have lingered for a while indicating that Hornsby’s other kids might hit the town at some point, but we were expecting Susan Hornsby after all the drama about her and Kyle Sloane. Dillon Quartermaine [Robert P Watkins] will be swimming in brothers if this pans out to be DA Jr.

We all love Tequan Richmond but he has been sorely short of screen time – his Emmy reel was pretty much every performance he had last year… Tequan’s schedule is jam packed outside of GH so he was dropped to recurring at his request.

Now we hear GH is reading for “Theodore”, an African American college student who has relatives in town and actors have been reading with Haley Pullos aka Molly Lansing. Sounds like GH is shopping for a replacement TJ.

We would hate to see Tequan go, but he’s got a series over at Showtime that looks great and his IMDB page is popping.

Who the heck is Charlotte?

There’s also a casting call out for “Charlotte” who is a college girl in her late teens/early 20s also reading with Haley Pullos. She’s a spoiled white chick from a broken home – perhaps this is just a one-off for a school pal of Molly’s – unless it a love interest for Kristina Corinthos [Lexi Ainsworth]…

Who else are GH showrunners casting?

There are two more female parts that have calls out with little info. A woman named “Evangeline” no deets on her. And Bryan Craig aka Morgan Corinthos has been reading opposite a character named “Riley” in auditions. Riley could be a guy, but we’re betting it’s a possible love interest for Morgan.

Who has already been cast?

Let’s also remember, next week on April 25, we’ll meet the new Jake Spencer in a recast replacing James Nigbor – who will now be played by Hudson West. He looks like an absolute cutie and has an impressive resume for a young actor including playing Marcia Clark’s kid on the recent OJ mini-series.

Also, we have Aaron played by John DeLuca who starts on April 26 and we know he’ll have scenes with Sonny Corinthos [Maurice Benard]. We wonder if Sonny tries to fix the handsome young guy up with Kristina since Sonny still has no clue his daughter is a lesbian. #awkward

Finally, Risa Dorken will have her first appearance as nosy nurse Amy on May 4 which coincidentally is when Rebecca Herbst is back as Liz Webber after her unintentional hiatus due to contract negotiations. Can we expect Liz to take an instant dislike to Amy Vinings 2.0? We’ll see…

What do you think GH fans? Can you believe how many casting calls GH is working right now? Let’s hope that most of these are short arc appearances, otherwise they may be planning to cull existing cast to make room in the storyline (and budget) for the newcomers.

Share your comments below and come back to Soap Opera Spy every day for more ‘General Hospital’ spoilers plus interviews, news and more.

‘Days of Our Lives’ Spoilers: Victor and Nicole Plan to Take Down Deimos – Steve Moves Out – Jade and Joey Bond Over Family Complaints