‘The Bold And The Beautiful’ Spoilers Wednesday April 20: Steffy Refuses To Dump Wyatt For Liam, Zende Lays Down The Law To Sasha 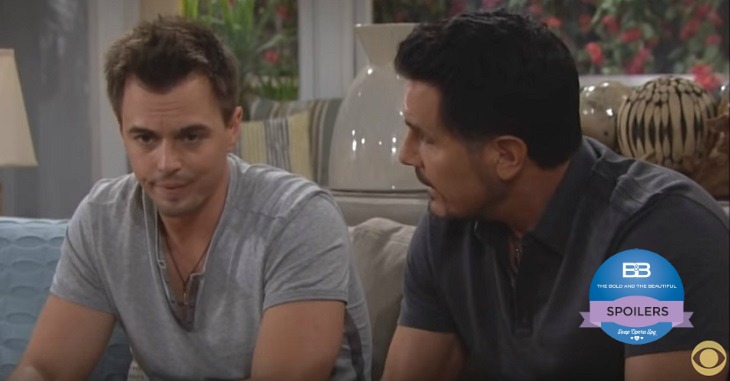 “The Bold and the Beautiful” spoilers for Wednesday, April 20, tease that Liam (Scott Clifton) will fly into a frenzy as Steffy (Jacqueline MacInnes Wood) reveals she has fallen for Wyatt (Darin Brooks). Liam will be furious once he realizes his brother is the one Steffy moved on with. He’ll insist that Steffy can’t stay married to Wyatt. Liam will believe he’s the man Steffy is meant to be with.

Unfortunately, Steffy won’t be so sure of that anymore. She’ll point out that Wyatt was there for her when she needed him the most. Steffy felt abandoned by Liam and she won’t want to do the same thing to Wyatt now. She understands what it’s like to lose someone you love.

Plus, Wyatt has always been kind and accepting. Steffy can appreciate the great qualities she sees in her new husband. She definitely feels loved whenever Wyatt is around. Of course, Steffy shared something truly special with Liam as well. There’s a good chance Steffy’s heart still belongs to Liam, but she may not be willing to let herself admit it just yet.

Meanwhile, Zende (Rome Flynn) will also feel caught in the middle of a past love and a present one. “The Bold and the Beautiful” spoilers say Zende will inform Sasha (Felisha Cooper) that they need to have a chat about their feelings. He knows that Sasha thinks he’s in love with her, but that’s not an accurate assessment of this relationship.

Zende will suggest that their romance is quite new and he isn’t over Nicole (Reign Edwards). If Sasha is willing to come along for the ride, that’s fine. However, Zende won’t think they’re really in the love zone at the moment. They’re simply attracted to each other and they’ve decided to see where it leads. Sasha may end up disappointed if she’s expecting more than that anytime soon.

B&B rumors hint that Sasha won’t be satisfied with that idea. She’ll likely make it her mission to win Zende over completely. That’s going to be a tough task. It may be downright impossible. The surrogacy got in the way, but it’s clear that Zende still longs for Nicole. Stick with “The Bold and the Beautiful” for updates on where this love triangle is headed next.

So B&B fans, what do you think about the news that Liam’s rage will build toward Wyatt? Is a massive confrontation brewing? Will Sasha rev up her efforts to crush the competition? Voice your opinion in the comments below and don’t forget to check Soap Opera Spy often for the latest “Bold and the Beautiful” spoilers, rumors, updates and news.

‘The Young And The Restless’ Spoilers Thursday April 21: Ashley Worries Abby Could Lose the Baby – Cane and Lily Confront Max – Sharon Not Thrilled Nikki Moving In