‘The Bold And The Beautiful’ Spoilers: Quinn Returns For Liam – Will Adam Call The Cops On His Eve? 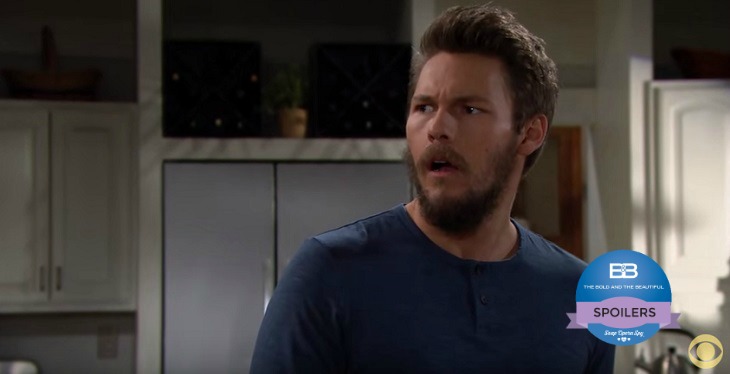 ‘The Bold and The Beautiful’ (B&B) spoilers reveal that Bill Spencer [Don Diamont] wants justice for Liam Spencer [Scott Clifton] and sends out a search party to look for Quinn Fuller [Rena Sofer] but she sneaks back to LA right under Bill’s nose to see Liam.

Quinn knows coming back to town is a major risk and last we saw her she was running for the hills with Deacon Sharpe [Sean Kanan] – so why would Quinn come back? No matter what she did, she loves Liam as Adam to her Eve, so perhaps it’s to see if they stand a chance.

Quinn must know by now that Liam has been told everything – including that she took him away and Wyatt Spencer [Darin Brooks] and Steffy Forrester [Jacqueline MacInnes Wood] are married. B&B spoilers reveal Liam is hurt and upset right now, so how will he handle a visit from Quinn?

By week’s end, Liam will be understandably angry that Steffy refused to divorce her new husband Wyatt and get back with him. Quinn won’t find a loving and receptive young man that reminds her of Adam from the cabin.

In fact, Quinn will be lucky if Liam doesn’t choke the life out of her for setting him up to lose everything and handing his life over to her precious son Wyatt. Quinn’s declaration of love will likely horrify Liam who hates everything that has happened to him in the past many weeks.

Will Liam call the cops on her? Will Bill bust in and find his ex with his son? Is there anything that Quinn can say to Liam to make things better? It would be hard to imagine that any words could make up for Quinn kidnapping him which resulted in Wyatt marrying Liam’s fiancée.

Liam will find out this week that Wyatt not only has his fiancée but also his job, which means Liam will land back at Forrester Creations since he’s been displaced in every aspect of his life. Liam will soon vow to get back everything Wyatt has taken from him.

This is the volatile state that Quinn will find Liam in and their reunion will not be pretty and not as pleasant as Quinn is hoping for – and may end with her in jail. What do you think B&B fans? Are you shocked that Quinn would come back to LA to see Liam?

Share your comments below and tune in to Soap Opera Spy every day for more ‘The Bold and The Beautiful’ spoilers, news, interviews and more.