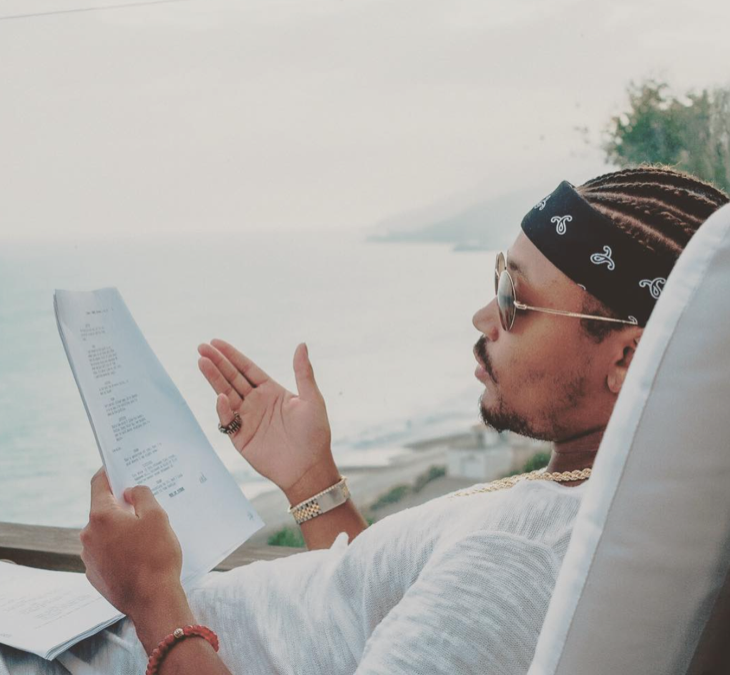 ‘Empire’ season 3 spoilers include casting news that rapper Romeo Miller has been added to the all-star line-up of the hit FOX drama. Fans found out Romeo was joining the cast via Instagram. In addition, an audition call has gone out for actors under 18.

Shown relaxing on a lounge chair by the water, Romeo Miller posted, “That moment when @theoriginalbigdaddy hit you up to come read for @EmpireFox. Stepped away from the party to go study these lines. I will always make time for my craft. The things you don’t see.”

There aren’t any details yet about which character Romeo has been cast to portray or if the rapper will make a cameo appearance during season 3 of ‘Empire.’ Fans are excited about the addition of Romeo Miller whether or not he joins the cast full-time or if Romeo makes a guest-star appearance. Romeo’s IG feed was filled with congratulations.

Anticipation over what to expect for season 3 of ‘Empire’ is building. Other casting news teases that creator Lee Daniels has sent out a call to audition actors under 18 to portray teenage versions of Cookie Lyon [Taraji P. Henson] and Lucious Lyon [Terrence Howard].

During Season 1 and Season 2 of ‘Empire’ we’ve seen a bit of Cookie and Lucious’s life as young parents struggling to provide for their family. The second season dealt more with Lucious childhood and his mother Leah Walker [Kelly Rowland/Leslie Uggams].

Lee Daniels announced earlier that there will be a spinoff of ‘Empire.’ This show will give viewers an inside look at Cookie’s life growing up in North Philly with sisters Carol Hardaway [Tasha Smith] and Candace Hardaway [Vivica A. Fox].

‘Empire’ season 3 will premiere on FOX Wednesday, September 21. That’s when fans will find out whether Anika Calhoun [Grace Gealey] or Rhonda Lyon [Kaitlin Doubleday] survived the struggle on the balcony.

That moment when @theoriginalbigdaddy hit you up to come read for @EmpireFox. Stepped away from the party to go study these lines. I will always make time for my craft. The things you don't see. Thanks for the candid @ajcolores 📷 #blessings #guhh #work #empire

‘The Bold and the Beautiful’ POLL: Are Eric and Quinn Hot or Gross Together? VOTE!